Release Blitz: Steel {The Beat and the Pulse #5} & Giveaway 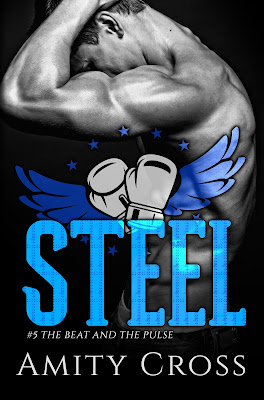 All Josh “Steel” Caplin ever wanted was a little bit of glory…until he was left for dead on the street outside a hospital ER.

The last thing he remembers is being beaten to a pulp at The Underground, the illegal cage fighting ring that’s bad news, but the only place he feels he belongs.

When he finally wakes up, he stares right into the eyes of an angel and for the first time wonders if there’s something more out there for a guy from the wrong side of the tracks.

When Dr. Holly Walsh finds an unconscious man on the street, she stakes her claim over her patient for better or worse. When he finally opens his eyes, she isn’t prepared for how deep that claim is about to run.

Or when their two words collide, will it be sirens…or sparks?

STEEL is the fifth full-length novel in the bestselling Beat/Pulse series from Amity Cross.
Time to fight for the broken hearted… 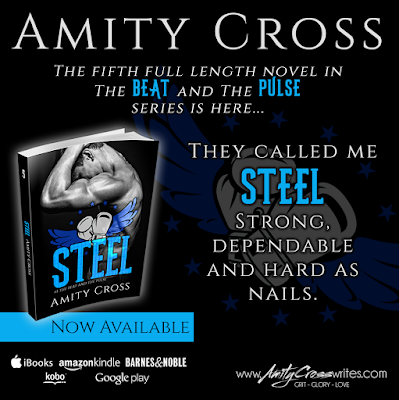 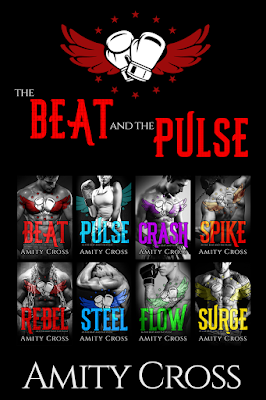 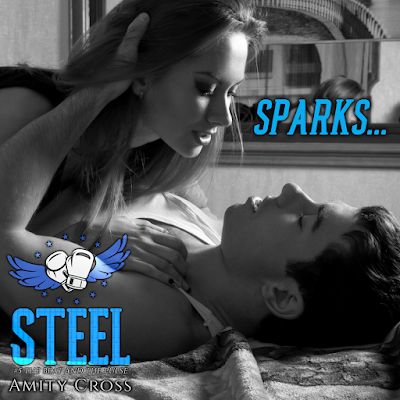 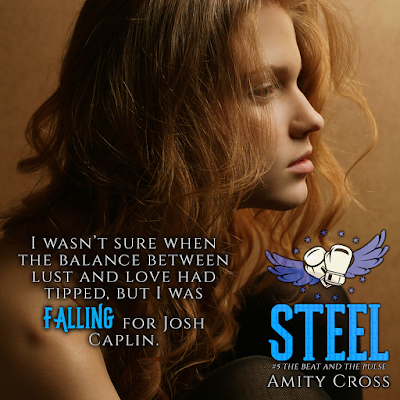 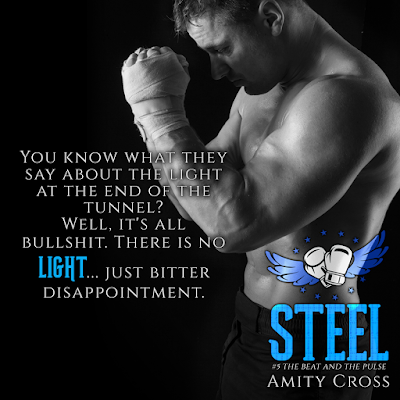 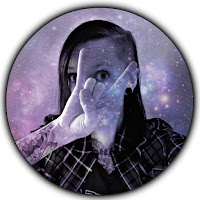 Amity Cross isn’t her real name. That’s no secret.  She is the author of wicked stories about rock stars looking for redemption, gritty romances featuring MMA fighters and dark tales of forbidden romance. She loves to write about screwed up relationships and kick ass female leads that don’t take s**t lying down. Amity lives in a leafy country town near Melbourne, Australia and can be found chained to her desk, held at ransom by her characters. Don’t send help. She likes it.