Death visits the University and only one person stands between a prince and his life. The war veteran in the room next door.

Bodyguard Max Connery is used to being mistaken for being younger than he is. Being carded every time he buys a beer is usual. Even though he's just turned twenty eight and has two tours in Afghanistan as a pilot under his belt.

When a threat is made on the life of a prince attending University in the UK, Max is the perfect choice to blend in with students and to keep Prince Lucien safe. Even if it means joining the swim team to be by his side.

But, when death visits the University, abruptly this job is a long way past keeping the prince happy and safe. Instead Max has to keep Lucien alive.

"....Max and The Prince is a great read, the best in the series so far. I was gripped from start to finish. I think RJ Scott has excelled with this book...." 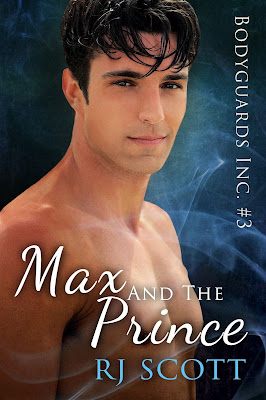 "This is the third of a romantic and thrilling series where each story just keeps getting better and better." - Multitaskingmomma

"Don't miss this one people, and if you haven't read the first two in the Bodyguards Inc series they are a must also!" - Bike Book 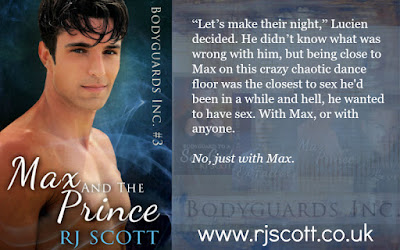 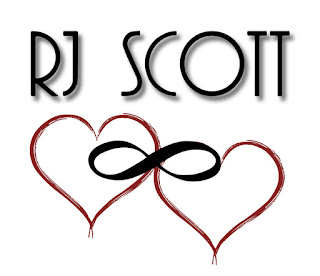 RJ Scott has been writing since age six when she was made to stay in at lunchtime for an infraction involving cookies and was told to write a story. Two sides of A4 about a trapped princess later, a lover of writing was born. She reads anything from thrillers to sci-fi to horror; however, her first real love will always be the world of romance. From billionaires, bodyguards and cowboys to SEALs, throwaways and veterinarians, she writes passionate stories with a heart of romance, a troubled road to reach happiness, and more than a hint of happily ever after. 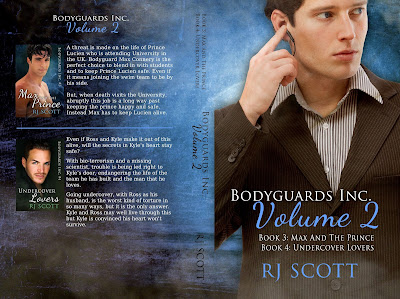