Cover Reveal: The Way To Her Heart 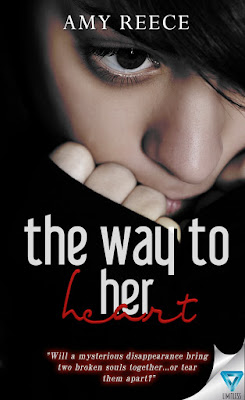 No amount of counseling can bring Josh Harris back to his old self.

After a tragedy that changed his life forever, eighteen-year-old Josh has lived in a year-long fog of medication and confusion. It’s all he can do to not think about his dad—a culinary genius who raised him in the kitchen. Thankfully, Josh inherited his golden palate and sixth sense for cooking, which is the only thing that makes sense anymore.

For a seventeen-year-old girl, life can’t get much worse…

Bernie Abeyta is a senior in high school and lives with her drug-addicted mother, but has managed to keep her grades up so she can get into college. With her father in prison and her mom’s sleazy boyfriend getting too close for comfort, Bernie turns to her best friend Gabby Rodriguez for help, but discovers Gabby has gone missing. Distressed over her friend’s sudden disappearance, Bernie resorts to living out of her car while she looks for answers and tries to avoid foster care.

During economics class, Josh finds himself captivated by his new project partner, Bernie. As they grow closer, he insists Bernie move in with him and his mother. Furthermore, he offers to help look for Gabby.

Bernie refuses to believe Gabby ran away, and she’s determined to get to the bottom of the mystery—no matter how great the danger to herself.

Will Bernie’s gritty life be too much for Josh to handle? Or will he fight for The Way to Her Heart?

Amy Reece lives in Albuquerque, NM, with her husband and family. She loves to read and travel and has an unhealthy addiction to dogs. She believes red wine and coffee are the elixirs of life and lead to great inspiration. Stay tuned for her newest book, The Way to Her Heart, a YA romantic suspense novel, coming in March 2016. 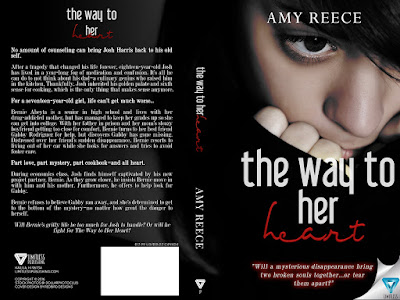 Posted by Busy Bumble Bee Book Reviews at 9:41 AM