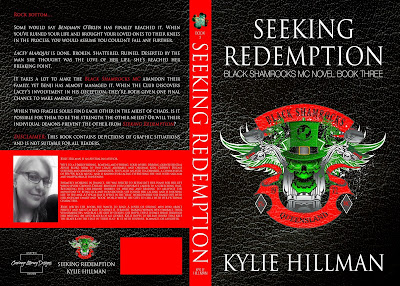 Can the sight from rock bottom be sweeter than the view from the top?


Some would say Benjamin O’Brien has finally reached it. When you’ve ruined your life and brought your loved ones to their knees in the process, you'd assume you couldn’t fall any further.

Lacey Marquis is done. Broken. Shattered. Ruined. Deserted by the man she thought was the love of her life, she’s reached her breaking point.

It takes a lot to make the Black Shamrocks MC abandon their family, yet Benji has almost managed it. When the Club discovers Lacey’s involvement in his deception, they're both given one last chance to make amends.

When two fragile souls find each other in the midst of chaos, is it possible for them to be the strength the other needs? Or will their individual demons prevent the other from Seeking Redemption?

DISCLAIMER: This book contains graphic situations and is not suitable for all readers. 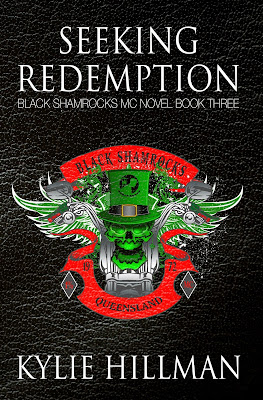 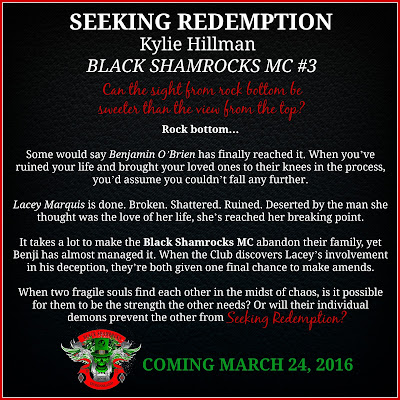 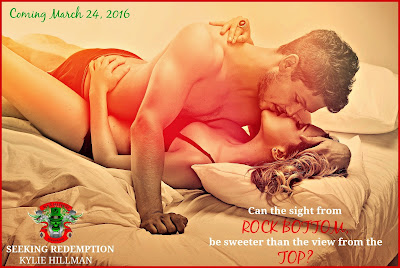 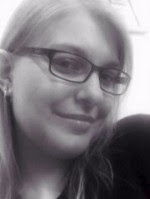 Kylie Hillman is an Australian author.
Wife to a Harley-riding, boating and fishing, four-wheel driving quintessential Aussie bloke.
Mum to two crazy, adorable, and original kids.
Crohn's Disease sufferer and awareness campaigner.
She’s also an avid tea drinker, a connoisseur of 80s/90s rock music, and is known for lacing everything she says with sarcasm and inappropriate innuendo.
Formerly working in finance, she was forced to reevaluate her plans for her life when severe Crohn's Disease brought her corporate career to a screeching halt. Restarting her childhood hobbies of writing and reading to alleviate the monotony of being sick and housebound, she found her calling, and is enjoying life to the max. A typical day is spent in the "real" world where she hangs out with her awesome family and "book" world where she gets to chill with her fictional characters.
Kylie writes the books she wants to read. A lover of strong men who aren't perfect and aren't afraid to admit it, straight talking women who embrace their vulnerabilities, and real life gritty stories, she hopes these themes shine through her writing. An avid reader of all genres, Kylie hopes to release books that keep the reader on the edge of their seat—be it with suspense, romance, or laughter. 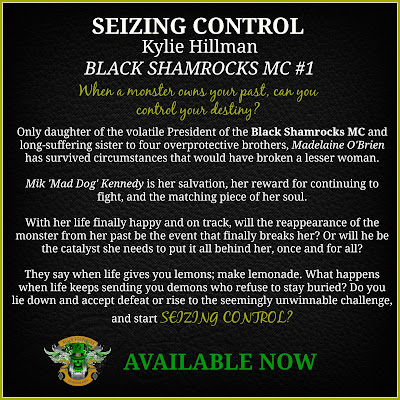 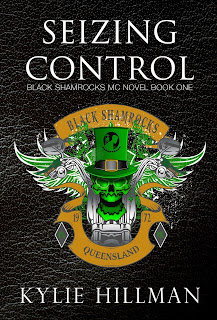 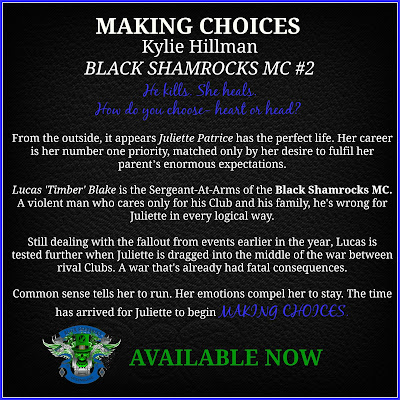 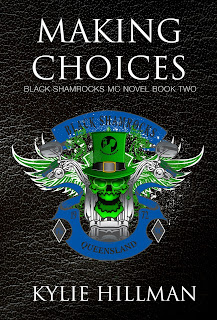 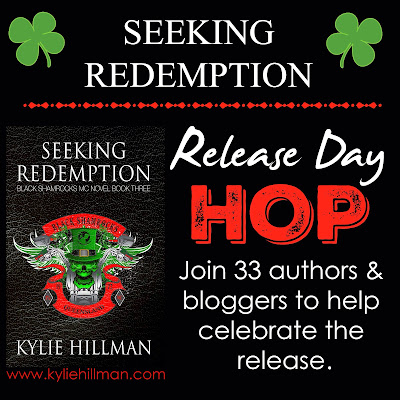 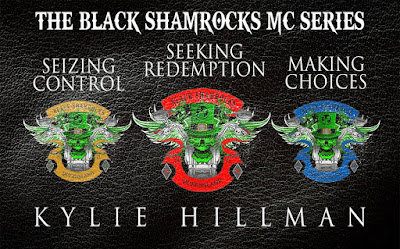 Posted by Busy Bumble Bee Book Reviews at 7:49 AM