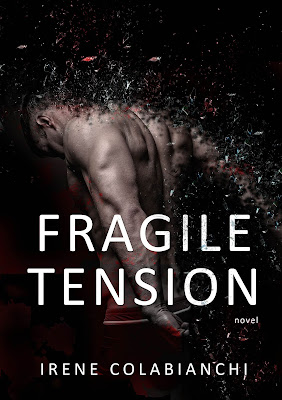 Asher Keaston is a young airline pilot who is disappointed by his childhood and the loss of the most important person in his life.

Eleonor Meier is convinced that she can recuperate a reality of which she has no memory.

An encounter that is not really fortuitous between the two, convinces Asher that the only way to free himself of his past and live a torment-free future, is to destroy the beautiful and passionate woman who has taken over his memories and his desires.

Eleonor hates Asher's eyes, his intense and intrusive look, his oppressive and arrogant ways, but passion and fate will change their destiny once again, that destiny that had separated them four years before.

Asher is convinced of his plan, but instead will find himself always more involved in what he actually feels for Eleonor, a desire that never died. Eleonor will discover that there is a deep secret in Asher's eyes that could shock her existence.

What if the destruction of Eleonor will be Asher's final condemnation? 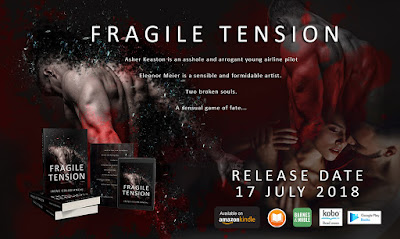 “I know what I must be afraid of” she answers, looking at me and biting her lower lip. “And what I must be careful about.”
I like the way she’s looking at me while she whispers those words with her persuasive voice. “What must you be careful about, Eleonor?” I ask, putting myself comfortably on the couch.
She looks at my arm on the backrest and sighs deeply, putting her head back. “You, Asher Keaston” she answers, sincerely.
I’m quite surprised, I didn’t expect it. Eleonor seems to be her old self, but in reality, something has changed over the years. She has grown up, she has become stronger, she’s an independent adult now, and I don’t think she’ll let anyone step on her easily. “Am I dangerous?”
She crosses her arms and makes herself comfortable, tickling my arm with her long hair. “You don’t let anyone get to know you, no one can tarnish you.”
Damn it… coming from her, it sounds like the most horrible thing in the world, but I don’t get discouraged. There’s no need to, and I don’t want to, so I get closer to her and pretend that her words didn’t touch me at all. “You can’t control me or you can’t control what you feel when you are with me?”
She opens her eyes wide and moves on the couch, nervously. She blinks and curls up on the couch. “You’ve got the bad habit of embarrassing people.”
“I don’t embarrass them, I just tell them the truth.” 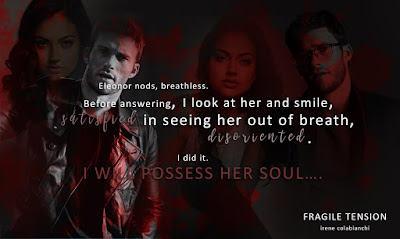 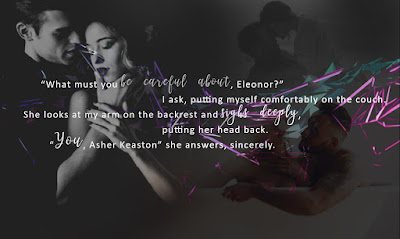 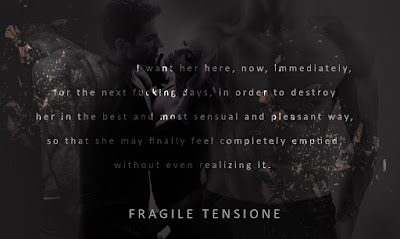 Irene Colabianchi was born in Rome, Italy, in 1999. She attends the most important High School of Art of Rome. She loves reading, writing and dreaming, imagining impossible loves and sexy bad boy. She wrote the fantasy romance series Boogeyman Saga. After she published, in Italy, the paranormal romance ‘Il bacio di Ade’. Recently she published a new Mafia Romance series, inaugurated with the first novel 'Donna D'onore'.


All this books are available in italian language online on Amazon and others e-commerce.
Fragile Tension is her first novel debut on International market.