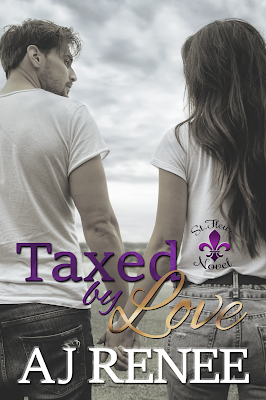 Love was in the air and Gabrielle wasn’t interested. Even if she was willing to risk her heart again, which she wasn’t, any man would have to get past her overbearing brother first.

Andrew was unashamed of his love of women... until he found himself yearning for what his friends had found—love and family. When a gorgeous woman caught his eye at a buddy’s wedding reception, he blindly followed, unable to resist her allure.

Their encounter was meant to be no-strings fun, but months later, Gabrielle couldn’t get him out of her mind. Andrew regretted never getting her name or number, leaving them both with only memories and unanswered desires.

An unexpected reunion brought the couple to St. Fleur, where trouble had been stirring for their friends and family. Can Andrew persuade Gabrielle to take a risk on a playboy? Or will tragedy jeopardize their chance at love?

She should have known better than to come outside with him. Their attraction had been instantaneous, but the little something more than sexual tension that she couldn’t identify was a problem. Gabrielle avoided relationships. At least she had for the last two and half years. Fuck buddies. That was what she could handle—until they forgot the rules and told her they loved her and wanted to be with her. Shaking her head free from her thoughts, she knew exactly what she needed to do. “Do you even remember my name?” His eyes darted away, so Gabrielle stepped into him. Startled eyes looked down at her. “It’s okay. Let’s chalk it up to being too loud inside.” Relief softened his face, and she couldn’t help but admire how handsome he was. Gabrielle cupped his face and brought it to hers. Their lips softly pressed against each other’s, testing the sensation, memorizing the feel. The door opened again, and she hid her face in his body. When the street quieted, she peeked around him. “Come on.” She slipped her hand into his larger one and pulled him toward the side of the building, away from intruding eyes and nosey family. Silence cocooned them, and shadows hid their secrets. His handsome eyes watched her, waiting to see what she would do next. Gabrielle stepped into him, his heat warming the front of her body. “Kiss me,” she demanded, her eyes drawn to his full lips. His large hands cupped her face, tipping it up before taking her lips in a slow kiss. A fire ignited in her belly the moment his tongue swept inside her mouth. Gabrielle rolled to her toes and locked her fingers behind his neck. One of his arms banded around her waist, pulling her tightly against him. Her breasts strained against the dress and his erection pressed against her belly. The kiss was wild, stealing her breath and all thoughts straight from her mind. She tipped her head back, searching to fill her lungs with the oxygen it needed. He moved his mouth down the column of her neck, stopping at the tops of her breasts. His sigh tickled her sensitive skin, and he peppered more kisses along the side of her neck and shoulder. She’d never had a one-night stand. Gabrielle may have enjoyed no-strings-attached sex, but she’d been careful in choosing her partners. At this moment though, she quit thinking things through. Andrew’s free hand cupped her ass, pulling her up and into his hard dick. She needed desperately to kiss him, and since he was occupied with sending bolts of desire down between her legs, she settled on his neck. Breathing him in, she sighed before flicking out her tongue and tasting him. They made out like overeager teenagers in the dark, away from prying eyes, his fingers kneading into her hips and ass. Hers dug into his scalp as she sucked on a sweet spot on his neck. His touch and kisses added to her tipsy state. “More…” she whimpered, warmth spreading across her cheeks at her wanton behavior. Andrew lowered the zipper at her back enough to free her breasts. The cool air sent goose bumps along her fevered flesh. “Wow.” He sighed and flicked his tongue against one nipple then the next. “Beautiful, absolutely beautiful,” he murmured against her skin before sucking a nipple into his warm mouth. 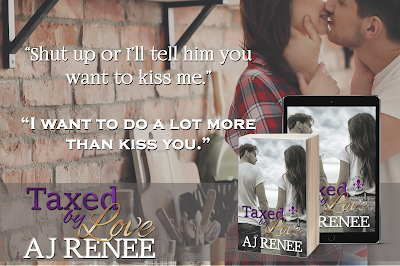 AJ Renee is the author behind the St. Fleur series, Beauty Unmasked, Winter's Surprise, Surviving Paris, and Finding Love at the Falls.... She's a military wife and mother to three young girls. She graduated from the University of Central Florida with her Master of Science in Criminal Justice and a Bachelor of Science in Psychology while working at the library.
She loves to write steamy romance with suspense and a happily ever after. When she isn't writing or interacting with her readers, you can find her spending time with her family or reading. AJ enjoys traveling, researching family history, and all things New Orleans. 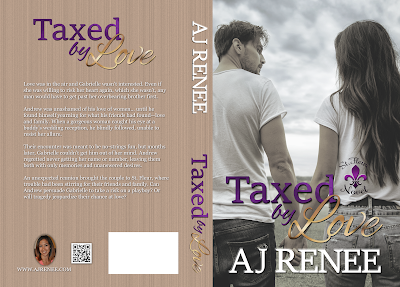