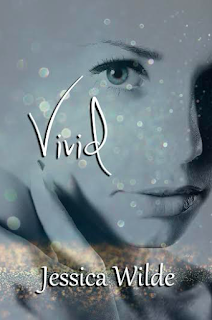 Merrick Thatcher went through a hell that no one could possibly imagine. He fought to protect his country, his family, and the men standing at his side, but it wasn't just being a soldier overseas that changed him. He watched his friends die in front of him, felt indescribable pain, and lost his sight in the very same moment.

Badly injured, blind, and angry, he's done with war, but now he's fighting his own battle. So, he's waiting for it to end, spending his days and nights in a thick darkness no light can penetrate. Until Grace walks into his life and his broken eyes open to a woman that changes everything for him.

A story about two flawed souls finding love amidst the grief. A love that shines vividly, even in the dark, and discovering that sometimes being broken is how the light gets in.

For readers 18+ due to language, violence, and sexual situations

I'm not even sure I have the adequate words to describe this book. Jessica Wilde has quickly become one of my go-to and favorite authors, ever since I started reading her books. I usually always know what to expect when reading a book from her. I usually can expect to cry during one of her books, so I usually keep a box of tissues near by.

But let me tell you this book is just Wow. I will warn you it's not some fluffy romance. I thought this book was different from what the author usually gives us. And no I'm not calling her other books fluffy. But this book is an emotional deep ride.

You can't help but like and feel for both Merrick and Grace right away.

Oh gosh Merrick.... I fell in love with his character right away and my heartbroken for him also. Just back from the war Merrick is down, angry, broken, blind and not adjusting very well to his other injuries. He's not trying so hard to find a way to live, until Grace comes back into his life.

I really liked Grace right away also. I really felt for her and my heart broke for her to. Grace is dealing with her own loss. But finds herself moving back home with her parents and taking a job as a homemade nurse for Merrick.

I think that both of these characters were good for each other and were what the other one needed. Even though they we're both dealing with their own loses. They pushed each other in a way they wouldn't have been able to push themselves. They taught each other the importance of moving on.

Disclaimer: I received an arc of this book from the author for my honest review. The opinions in this post are 100% of my own and may differ from others.

Posted by Busy Bumble Bee Book Reviews at 7:25 AM