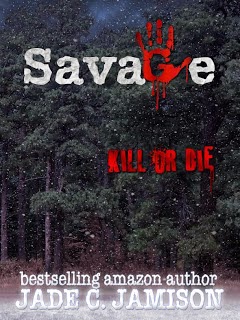 Kill or Die
Nina Hardwick has had a rough life since leaving high school, but inside she is still
the girl looking for a silver lining. The past several years have left their toll on her
psyche, and just as she feels like she’s climbing out of a deep abyss, her life and the
lives of millions of others fall into shambles as a virus overtakes the country and
leaves a plague of undead armies scouring the land.
In a desperate attempt to get away from the infected, Nina and some neighbors speed
out of town, nearly killing a man on a motorcycle. When they stop to rescue him,
Nina realizes that he is the one man from her past she never got over, the guy who
should have been her high school sweetheart until she messed it up. But this
unrequited love, Kevin Savage, says he doesn’t even remember her. Or does he?
Nina, Kevin, and her neighbors head to the wilderness and fight to survive not only
the plague but also hunger, cold, their inner demons…and even each other. Will they
survive and, more importantly, will her heart?
My Review:
I'm not sure where to start with this review. I have to say when I signed up to

the description. But when I received this book to read it wasn't at all what I thought it

would be. I didn't realize that it was a Zombie book, I typically don't read these types

books. It's just not my style and I haven't ever been able to get into them. But I will say this with

Savage, I actually enjoyed this book. This book is really so much more than zombies, its about survival of ones self.


I really enjoyed Nina. She's a woman who has been through a lot. First with taking care of her sick husband and raising her children at the same time. Than losing her husband. She strong, independent, a fighter. I loved that even in the worse situations that she had a 'can't give up attitude'.


I also like Kevin's character. At first he was kind of hard to get a read on. He's a man of few words. Besides the occasional grunt here and there. Though I really felt like we didn't get to know him very well. I mean you do learn some about him, but I felt we learned more about Nina.  But after being stranded up in the mountains with Nina and Nina's neighbors, you start to realize he's someone that can be dependable and strong.


As I said at the beginning of this review this book was unexpected for me and not something I would usually read. But I fought through the temptation of stopping and not reading it. Honestly the zombie's are few and far between. This book is really about survival and about ones ability to find out if they were stuck somewhere would you really be able to survive out there. Than you can throw in a few Zombie's, a little bit of mystery, a little bit of finding your true self, and a little bit of who you can really trust out there. It even has some second chance romance thrown into madness of Nina and Kevin being stranded in the mountains surrounded by zombies. I do have to admit though by the end there were a few question's I felt were unanswered. But I still really enjoyed it.


I give Savage 4 Out of 5 Stars and would recommend it.
You can purchase Savage on Amazon US , Amazon UK
Disclaimer: I received an ARC of this book from TRSOR Promotions for my honest
review. The opinions in this post are 100% of my own and may differ from others.


Posted by Busy Bumble Bee Book Reviews at 9:24 AM