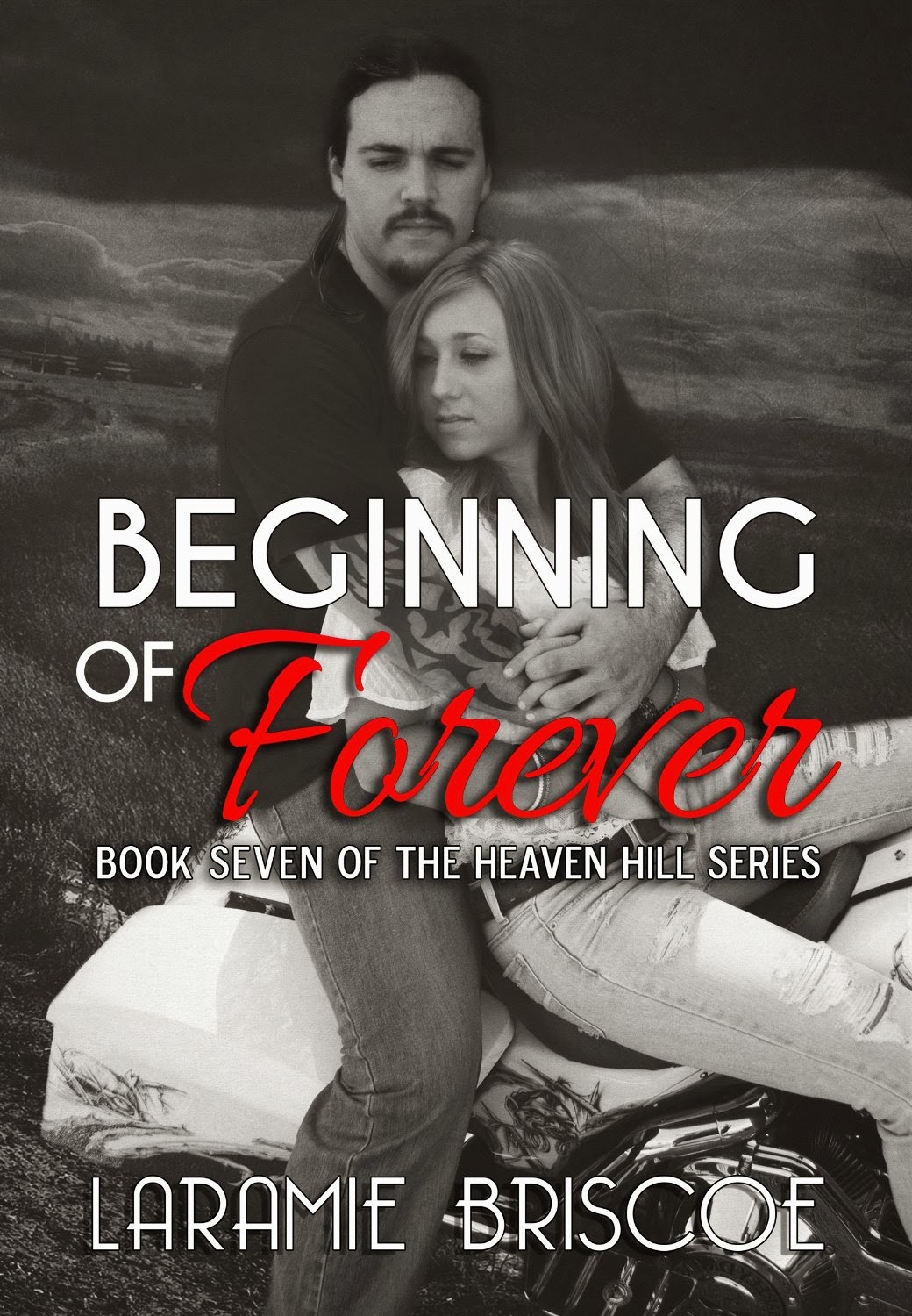 Title: Beginning of Forever {Book 7 of The Heaven Hills Series}

Book Seven in the Heaven Hill Series Love Fear Hope Danger Tyler and Meredith Blackfoot have a long and complicated history. A relationship born out of the worst thing a woman can endure has blossomed into a greater love than either of them could have ever imagined. Now, with answered prayers and Addie a permanent part of their family, they are ready to move forward. Meredith is working as Director of the CRISIS center. Tyler busy mentoring younger members of the club and the teenagers that look up to him with wide-eyed amazement.Life is going exactly the way they want it to when a woman shows up at CRISIS that could threaten everything they’ve worked so hard to achieve. She’s dangerous, and only a select few know why. Secrets are kept and stresses mount as the Blackfoot’s get the biggest surprise of their lives. Tyler will do anything to protect the woman he loves and the young family they’ve created together. When the reason he breathes is threatened, he does everything in his power to prove it’s not the end, but the beginning of forever.

I will admit that author Laramie Briscoe  and the Heaven Hill series is still relatively new to me. I found out about this author and series about a month and a half ago at a facebook party. I ended up grabbing the other books in this series back than and have been devouring them when I have free time. I really have enjoyed this series. It's not just about an MC, this series is about family and love.
I guess a lot of people have been asking for more Tyler and Meredith. Ask and you shall receive. I know a lot of people like Tyler and Meredith's characters. I'm not saying I don't like them. I find them very enjoyable to read. I do have to say though I like Tyler a little more than Meredith.
Tyler and Meredith have been through so much. From struggling to have their own child, to having the adoption going through, and overcoming the trauma that Meredith went through. This book really takes you though it all. You can really see the love between Tyler and Meredith.
Of course there's a little bit of drama thrown into this book when a stranger shows up.
I loved this book and would give it 4 Out of 5 Stars!!!


You can purchase Beginning of Forever on Amazon, iBooks, B & N

Disclaimer: I received an ARC of this book from the author for my honest review. The opinions in this post are 100% of my own and may differ from others.
Posted by Busy Bumble Bee Book Reviews at 9:06 PM