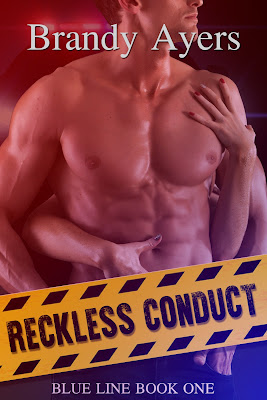 He burned her once…

Sophie Gallo has survived a lot in her twenty-three years. Both parents gone, dreams abandoned, and a heart shattered. But she came out on the other side stronger than ever.

Then, one night with Luke in her bed… on her kitchen table… against the wall… made Sophie feel alive again. Right up until he ran before the bed stopped shaking. Seeing him every day at the Middleburg Police Station, thanks to her job as the office manager, is a special kind of torture. But she clings to her hate and anger, hiding her sadness and desire, even from herself.

She weakened him once…

Sergeant Luke McCracken lives to serve and protect. Not only the citizens of Middleburg, but also the woman who captivates him mind, body, and soul. Even if that means shielding her from the biggest threat to her happiness - himself.
Luke gave in to his lust once. But he won’t allow himself to be reckless with Sophie’s heart again. Though he can’t help but provoke her just to see her passion, even if it comes in the form of hatred. He’d live on nothing but the memories of their night together if it meant she’d have the life she deserved.

His town is being plagued by a rash of break-ins and an increase in drug overdoses, and his desk overflows with cases waiting to be solved. But never, in all the time he told himself to protect Sophie from the risks he presented, did he think she would find herself in danger from outside forces.

One night with her stole his heart, one dispatcher call stopped it.

This is book 1 in the new Blue Line Series, all featuring a different hot police officer at the Middleburg Police Station. Each book can be read as a stand alone. If you like hot men in uniform doing naughty things to strong, smart women, this is the book for you! 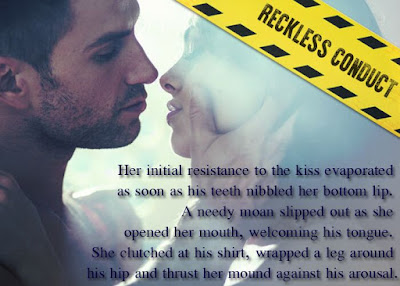 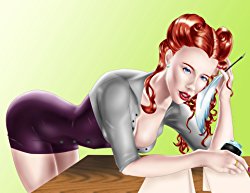 Posted by Busy Bumble Bee Book Reviews at 7:34 AM