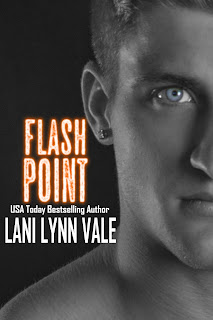 Masen Crisfield fell in love with Booth Jones when she was sixteen years old. Booth was the love of her life. The rock she needed to get her through the day. Then she rips his heart out while he’s deployed, leaving him wondering just what he’d done to warrant something so severe as a breakup that neither of them wanted.
Stubbornness is their middle name, and ten long years pass before either one of them try to breach the gap.

Circumstances force Booth to come home, and within an hour of him being back in his hometown, there she is. Right back in the forefront of his mind where he knows she shouldn’t be.

The day he starts his first civilian job at Kilgore Fire Department, his worst fear of seeing Masen is realized. And not only does he see her, but he sees her with another man. A fellow firefighter that he has to trust with his life.
It soon becomes apparent that they are both still just as much in love with each other now as they were the moment they met. But there’s a problem. Booth’s married, and Masen’s in a committed relationship.

They fight the pull with everything they have, but they’re both about to learn the true meaning of flash point as the two of their lives crash together. Their love consuming everything in its path.

Ok I will openly admit as much as I love Lani Lynn Vales books, I think this book might have been the one that I was least excited for. Which is surprising because I'm always excited for Mrs. Vales books. I'm not sure if it was the description or something was going on with me that just didn't make me excited about it. I also held off on reading this one also. But as soon as I read it I was really glad I did.

Look I thought Masen and Booth worked really well together. I thought they belonged together. But they of course have a past together and have some issues to work on.

I liked Masen. She was sweet, caring, independent. She was obviously very young and was going through a lot when she broke up with Booth.

Booth, oh Booth. What can I say about Booth? At first I wasn't quite sure what I thought of him. He was quiet, moody, and kind of a arsehole. But once you kind of got to know him he was still quiet, but was sweet and caring.

Like I said above as soon as I started reading this book I really started getting into it. In typical Lani Lynn Vale fashion there were some twists and some drama. But the drama didn't come from where I expected.


Disclaimer: I received an arc of this book from enticing journey book promotions for my honest review. The opinions in this post are 100% of my own and may differ from others.
Posted by Busy Bumble Bee Book Reviews at 9:29 AM