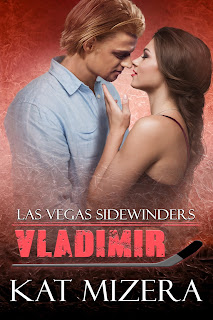 Professional hockey player Vladimir Kolnikov grew up in a Russian orphanage with nothing. Now, the 23-year-old left wing for the Las Vegas Sidewinders has everything he ever dreamed of, including a brilliant career and a fiancée he adores. At the altar, Vlad's cold feet have nothing to do with the ice or the beautiful woman he left standing there, and everything to do with not knowing who he really is. Before he can contemplate a future with her, he has to bury his past.
A-lister Rachel Kennedy puts on a smile for the camera every day, but it only became genuine the day Vlad skated into her life. He made her happier than any woman had a right to be, until he left her just minutes before their wedding ceremony. When Vlad's betrayal is followed by another devastating blow, it may be more than she can handle.
As Rachel searches for healing, Vlad searches for answers, which leads him back to Moscow where an unexpected discovery changes his life forever. His world tilts on its axis and he struggles to come to terms with his past at a time when Rachel needs him the most. Can she ever forgive him or will Vlad be out in the cold?

So this is a new hockey series to me and usually I don't like going in half way through a series. Whether it be a hockey series or just any series in general. Because usually I feel lost and confused or like I have no clue what is going on. Luckiy I didn't feel that way with this book. Now this is the ninth book in the Las Vegas Sidewinders and follows Racheal and Vladimir.

I found Vladimir to be a likable character. I thought he was a young man who was lost and confused. But he just wanted to find out more about himself, before he committed to Rachael. Now did he go about this the right way? Probably not. And I really wanted to hate him for what he did to Rachael. But as the story went on I couldn’t dislike him.

I also liked Racheal's character. Though at first I did find her a bit selfish, though I understood her being that way since she was left at the alter. Than felt for her and what she went through.

I the this was an enjoyable book. It does go back and forth between past and present. I'm glad that Vlad and Racheal could work through their issues and have their HEA. I really enjoyed the secondary characters and will have to go back and read their stories!!!!