Prae·to·ri·an /prēˈtôrēən/- a skilled warrior serving as the personal guard of a Roman Emperor.
Bad-boy rock star Roman Creed keeps his secret locked behind a door.
When Seamore Productions offers to find him a new bodyguard through a reality TV show, Roman reluctantly agrees. He needs some good press and better security. The last thing he expects is a beautiful, curious cop to get under his skin and into his past. Why can’t he stop thinking about her?
Tough-as-nails detective Reed Manning keeps her secret locked away in her mind.
After being suspended from the police force, she considers trying out for the show. She’s supposed to keep her eye on the cash prize, but her potential boss captures her attention. What is he so desperately trying to hide?
When a single decision can change a life-
Never let your guard down. 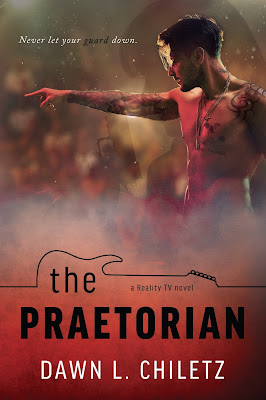 I glance up at the woman in the reflection behind the bar. She looks tired and broken.
I could get fired over this. I should be. I was wrong. I’ve had perps push my buttons before, but not like him. For the first time in my life, I consider the fact that I don’t deserve to wear a badge. Maybe I’m not cut out for this job after all.
The TV in the corner goes dark. I’d think they lost signal if not for the dramatic music that begins. The TV flips to what looks to be men dressed in full armor going into battle. The clips are brief, interspersed with darkness, but I recognize the music. It’s “Returns the King” from the movie 300. My asshole boyfriend, two asshole boyfriends ago, loved the gladiator type movies. I remember 300 because I drooled over Gerard Butler through the entire thing. He’s hot as fuck.
Something’s different with the music, though. There’s electric guitar dispersed throughout. When the drums finally kick in, you see a line of Roman warriors marching toward a throne made out of silver guitars with a black leather seat. Someone is standing in front of it wearing a black cape, his back turned to them. The cape is being blown around by what seems to be the wind and under it you see tight leather pants and black combat boots. He raises one tattooed, muscular arm and they all stop. He turns and all you see are his crystal blue eyes surrounded by smudged dark eyeshadow and a pierced nose. The camera pans out farther and you see his face. He smirks and the words The Praetorian appear, followed by Coming Soon.
Goosebumps shoot up my arms. I can’t stop staring at the screen even after the baseball game continues.
Movement in the corner of my eye pulls me out of my trance.
“You okay?” the bartender asks. He’s drying a glass with a towel and is trying to hide a smile. I must have looked ridiculous.
“Fine.”
“Don’t tell me that’s the first time you’ve seen those ads. I swear I’ve seen them all like fifty times,” he says with a twinkle in his eyes. He seems excited by them.
“I don’t watch much TV. What’s it for?”
“Seamore Productions is doing a new reality show, and this time they’re looking for a bodyguard for Roman Creed.”
“Roman Creed?” I feel like I should know the name, but I don’t.
His mouth drops open as if I shocked the breath out of him. “You don’t know Roman Creed?”
I lift my eyebrows, purse my lips, and shake my head. “No clue.”
“The lead singer of Core Damage? They won a Grammy for their album Annihilation a few years ago?”
“Oh, yeah. Sure.” I pretend I know it because I want him to drop it. Core Damage sounds vaguely familiar, but I’m more into country music.
“It looks like it’s going to be kickass. It’s by the same company that did The Fabulist. Remember that show?”
“I do.” That’s not a lie. I watched it. I found the lying challenges fascinating.
“Same thing. They’re holding tryouts next week, here in LA. Pete, my bouncer, is going to audition.”
“Sounds cool,” I say and toss thirty bucks on the counter. “That enough?”
“Too much.”
I briefly consider taking some cash back but leave it. It’ll be my last careless purchase until I get my life back in order.
“The winner gets a job and $100,000,” he adds as I make my way to the door.
I stop in my tracks, turning my head back to him. One hundred thousand just made this a little more interesting. Maybe even life-changing. Gazing up at the TV and then back to the bartender, I lean on the bar. “What do I have to do?” 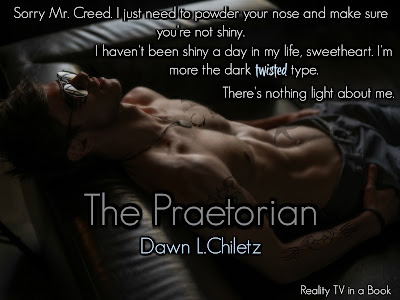 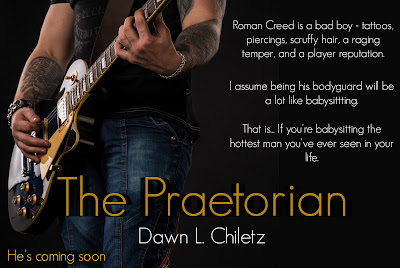 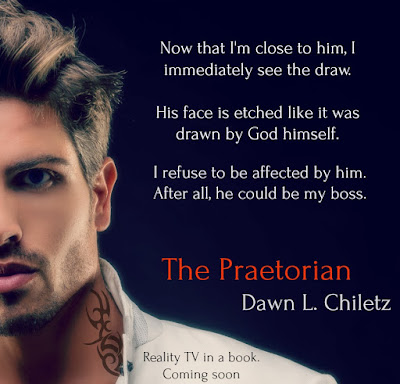 Dawn L. Chiletz resides in Illinois with her two boys and three dogs. Her love of reading began at a very young age and has continued into adulthood. Armed with a dream from the night before, she sat down at her laptop one day in 2014 and started the words of her first novel, The Contest. She’s been dreaming up new book ideas ever since. When she’s not binge reading or writing you can usually find her on social media avoiding putting away laundry.
To find out more information, including her upcoming signings, please visit her website at: https://www.dawnlchiletz.com 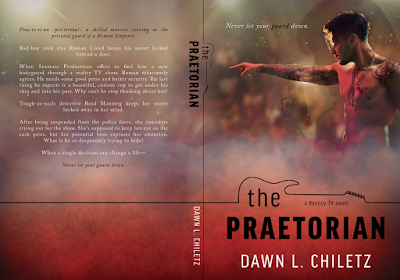 Posted by Busy Bumble Bee Book Reviews at 6:35 AM