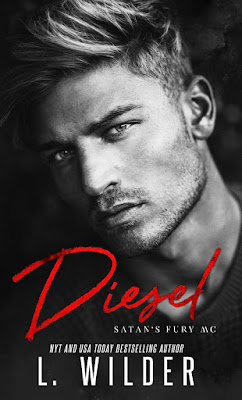 Books, Wine, and Time - Diesel is filled with that feeling of unconditional brotherhood, tragedy, and finding that love that is so deserving. 5 Must Read Stars!

Cali Gals - Satan's Fury MC have provided some of my favorite bad boys, and Diesel did not disappoint. He is the right amount of naughty mixed with a heart of gold.

Jenerated Reviews - Once again L. Wilder nails it with Diesel as another member of the Satan's Fury MC finds love through her uniquely insightful and sensitive take on romance!

I may look like the boy next door, but if you mess with someone I care about, I’ll become your worst fucking nightmare.

I never dreamed that I’d end up at a motorcycle club, especially one as notorious as the Satan’s Fury MC, but that’s exactly where I’d found myself. They were supposed to be vicious, cold-blooded killers, but after an accident that nearly took my life, they opened their doors to me, treating me with nothing but kindness.

I was damaged, broken beyond repair, but one man, one tough-as-nails biker, saw past all my scars. With his sinful good looks and intoxicating, green eyes, he could turn the head of any woman, but for me, it was his heart that drew me in.

I should’ve kept my distance, kept my guard up, but Ellie Blackwell had me feeling things I’d never felt before—good things, really fucking good things. There was no way in hell that I was gonna walk away from that. It might’ve been a mistake to get wrapped up in her when there were so many unknowns surrounding her past, but in my gut, I knew she was the one.

I didn’t care what obstacles stood in my way, I was going to make her mine. 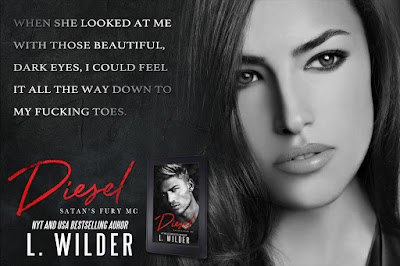 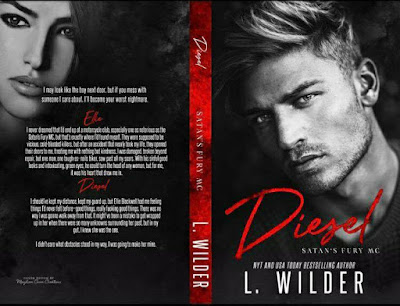 Posted by Busy Bumble Bee Book Reviews at 9:02 AM