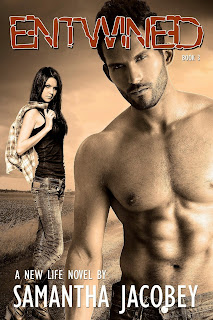 There is nothing crueler than getting a taste of something you’ve fought hard to reach, only to have it ripped away, sending your world into a tailspin. Tori wants to put the past behind her, but it’s a daunting task when you have the FBI trying to force you back into the life you’ve escaped. When a ghost from her past visits, it could be the leverage they need to do exactly that ”" put her back into the game of murder and deceit. Tori has decided to run, in an attempt to protect her new friends, by fleeing from LA.

Wanting a place to call home and feel safe from the madness, she sets out with a plan to disappear and hide in anonymity. Her idea only holds one flaw ”" a man she can’t shake, who won’t take 'No' for an answer.

She soon discovers that getting a new life means she must first lay to rest the demons of her past.

BOOK-MA ”" This book is specifically designed to be viewed by adults and therefore is unsuitable for children under 17.
L ”" Coarse language
S ”" Sexual content
V ”" Violence

Entwined  again starts off right where Bound left off. I have to admit I was kind of wary of reading this third book. I was a little afraid that it wouldn't be moving forward. I have to say the first two books in this series were very slow. Yes I understand that the author was trying to get us introduced to Tori and get us to understand what happened to her.

In this book we find ourselves being introduced to Michael,  who is Henry's brother. Michael who is the man who Tori saw at the music store at the end of Bound. Michael catches up to Tori and they both start theis treck to Texas.

I have to say this book is where I started liking chracters. I liked Michael right from the start. I liked how even though he had these preconceived ideas about Tori, that he was willing to give thone up and get to really know her.

I also have to say I really started to like Tori in this book.  We get to see a little bit of a different side to her. And really hope that things have started to change for her.

I have to admit this has been by far my favorite in the series so far. It really started to pick up and there weren't as many flashbacks. I felt like we got to know the characters as they are now, instead of how the were.

I'm giving Entwined 4 out of 5 stars.

You can purchase Entwined on Amazon

Disclaimer: I received a copy of this book from the author for my honest review. The opinions in this post are 100% of my own and may differ from others.
Posted by Busy Bumble Bee Book Reviews at 8:36 AM