Never say never. Especially not to a determined bad boy.

Zander Minelli is exactly the wrong kind of man. He’s dark, dangerous, and knows far too much about sawed-off shotguns.

Faith Davidson finds him irresistible. The widowed single mother knows she should dip her toe back in the dating pool with someone solid and dependable. Definitely no tattoos. But every time she looks up, the brooding soldier is watching her, and she can’t help but wonder what it would be like to let herself have a taste… 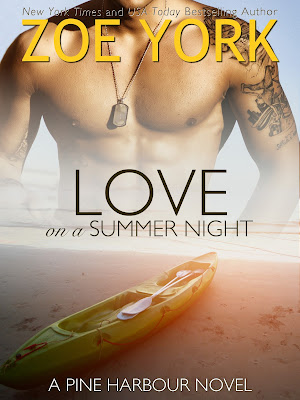 “If you've never read a Zoe York novel, start here. Read this story. Because this is the story that defines who Zoe is as a writer. This isn't her first book, but I feel it is the best representation of who she is as a writer.”-OMG Reads

“Wrapped up in a flawless writing-style, you get this book which indeed is just beautiful!”-Jeri’s Book Attic

“Romance books are a dime a dozen, same old storyline with young people falling too easily in love. Not with this series, a far more relatable story to her readers' more normal lives.”-Goodreads Reviewer

He settled between her legs, not grinding—just there. Hard and ready. More teasing.
She was going to explode from the delayed gratification. Lifting her hips, she took on the task of remedying that herself.
At the first roll of her hips, Zander paused his worship of her breasts. At the second, he redoubled his efforts, helping her get right to the brink—then he reared up and reached for the waistband of her jeans.
Oh no.
She wanted to be naked with Zander more than anything else in the world.
But even under the cover of darkness, she realized she wasn’t quite ready for Zander to see her naked.
She grabbed at his wrists and tried to pull him back down on top of her. Maybe they could just dry hump. That had been hotter than it sounded. It had been hotter than her fantasies, and she was a writer with a pretty expansive vocabulary and a deep understanding of the dirty side of the Internet.
He wouldn’t be deterred. His fingers slid beneath her waistband, making her soft tummy quiver, and not in a good way. Okay, mostly a good way with just an edge of fear. But she still pushed at his hands.
He gave her an amused look. “Stop batting my hands away. I want to feel it when you come.”
She sighed, suddenly nervous, and he gave her another look, this time one of dawning awareness. She tipped her head back. The stars were so bright tonight. “I’ve got battle scars,” she whispered. “Stretch marks and a c-section incision that didn’t heal properly. You’ve only seen the good bits.”
Zander settled back on the blanket beside her and nuzzled into her neck. “Seriously? You don’t think I’ve got scars? Let’s go toe to toe.”
“Yours are different.” He was beautiful. All sculpted muscle and delicious shadows. “New plan. I’m going to touch you.”
“Be my guest.” His voice was low and rough, like a tumble of falling rocks. Danger, her heart thumped. He rolled away from her and pulled off his t-shirt, baring the tattoos that had caused her so much anxiety just a few days earlier. The flickering light from the fire caught the edge of a raised scar on his rib cage, and she sucked in a breath as she reached out and traced the knotted tissue that looked suspiciously like a slash in his skin.
“What happened?” she asked in a quick rush, then shook her head. “No. I don’t think I want to know.”
“You don’t. But it’s okay, I’m alive and here. That’s all that matters.” 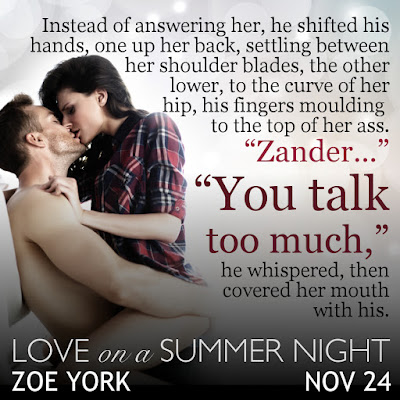 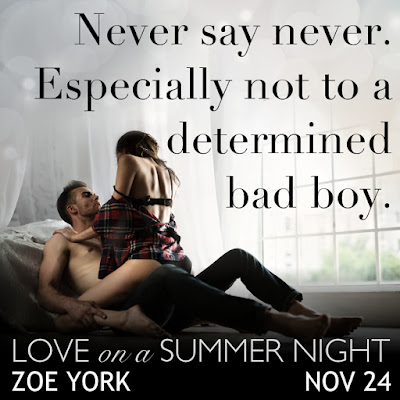 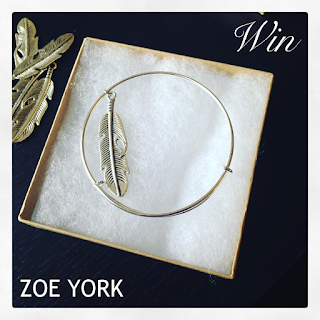 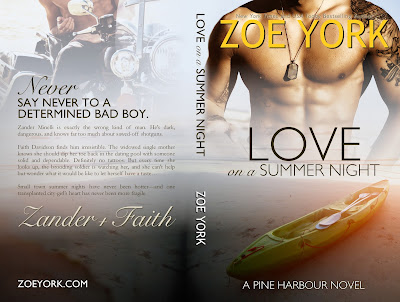 Posted by Busy Bumble Bee Book Reviews at 8:47 AM