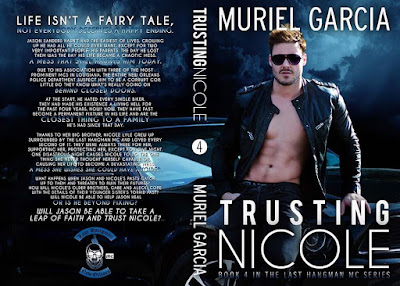 Jason Sanders hasn’t had the easiest of lives. Growing up he had all he could ever want, except for two very important people: his parents. The day he lost them was the day his life became a chaotic mess. A mess that still haunts him today.


Due to his association with three of the most prominent MCs in Louisiana, the entire New Orleans Police Department suspect him to be a corrupt cop, little do they know what’s really going on behind closed doors.


At the start, he hated every single biker. They had made his existence a living hell for the past four years. Now? Now, they have fast become a permanent fixture in his life and are the closest thing to a family he’s had since that day.

Thanks to her big brother, Nicole Lyle grew up surrounded by the Last Hangman MC and loved every second of it. They were always there for her, supporting her, protecting her, except for one night. One disastrous night causes Nicole to do the one thing she never thought herself capable of, causing her life to become a devastating mess. A mess she wishes she could have avoided.

What happens when Jason and Nicole’s pasts catch up to them and threaten to ruin their futures?

How will Nicole’s older brothers, Gabe and Aleck, cope with the details of their younger sister’s torrid past?

Will Nicole be able to help Jason heal or is he beyond fixing?

Will Jason be able to take a leap of faith and trust Nicole?

WHAT OTHER PEOPLE THINK:

The Last Hangman MC series has been a real joy for me, I have to admit loving the whole MC vibe and Muriel Garcia rocks it big time.
Jason, knocked my socks off, he was a fantastic character and from a series that has been littered with characters that fight to keep your attention on them, that is a complement – he really did absorb me. I was beside him, reaching out through every word and feeling every emotion.
He has had a lot to deal with and this is no different but this time he may just have someone who is willing to share the burden, if he will let them? — Books Laid Bare

Ohhh this book will have you sitting on the edge of your seat swearing at your kindle! Murial left us with one hell of an ending in 'Healing Gabe' so i knew this one was going to be a scorcher! I'm not going to give too much away but lets just say that...a lot of the questions that we were left with at the end of 'Healing Gabe' will be answered!
During the course of this series Ms Garcia's writing has come on leaps and bounds and i can now confidently say that she's secured a place in this reviewers favourite author selection! I wouldn't hesitate to recommend her, or this series.
The character progression through the series is both natural and endearing. The MC is a family and Ms Garcia makes you feel like you're a part of that!
Thank you so much! — Belinda Wallis

This book is so full of twists and turns you will get whiplash from it, in a good way! I found myself sitting like a goldfish with my mouth wide open wondering what the hell I had just read!! It sucked me into a tornado of words and spat me out in the end!
It honestly blew my mind and my socks clear off. Muriel has grown with her writing with each book she writes, they honestly get better and better.
You will not believe the twist in this story either! I do hope there will be more because if there isn't I shall be devastated and hard to console. — Roses and Violets Book Reviews

We have great characters who bring there own personalities to the story, I really loved Jason he gave it all and sometimes I wanted to shake him but by the end he captured my heart.
We have a great bad boy and kick ass girl which keeps your attention as there from different sides but in away the same but can they be together?
This series gives so much for future books to come and I'll be waiting for them. — Maddie Bookaholic

WOW this was my absolute favorite book of this series. Don't get me wrong I loved all the books but that damn Jason took me by surprise. This book gave me everything I wanted and more from an MC book and there was never a time when I got bored or wished that this book was over. Jason was the ultimate bad boy and I was always throw for a loop reading this book. — Reader

This book definitely didn't disappoint there are lots of twist and turns along the way and secrets to be discovered. Muriel's characters and her writing just seem to get stronger with each book and I'm looking forward to seeing that continue when we get Bennett's book next. — Cajun Book Blog

Ok WOW!! This was a story with such twists and turns that I could not wait to see how it turned out and I loved every minute of it. Jason is trying to hide behind so many secrets and identities that even he is lost to who he really is. Nicole is loving and supportive of Jason after the death of his wife and from this friendship more intense feelings grow. There is trouble with the MC and one night changes everything for Nicole and Jason. Can they survive the fallout when secrets and truth are revealed? This was the perfect book with mystery, suspense and spicy sex. Who could ask for anything more? — Page Turners book blog

Book 4 in the Last Hangman series is Jason's story and it is by far the most twisted of them all up to this point.
We've seen Jase work side by side with all three MC's, become a trusted ally, well as much an MC can trust a cop and seen that he's hiding something.
It all comes out in Trusting Nicole, and we find out Nicole's secrets as well. — One Click Addicts Book blog 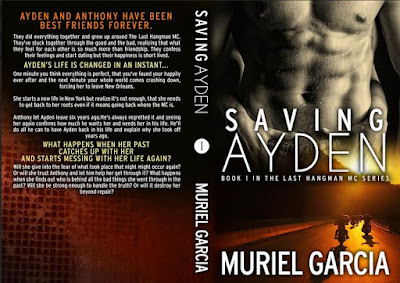 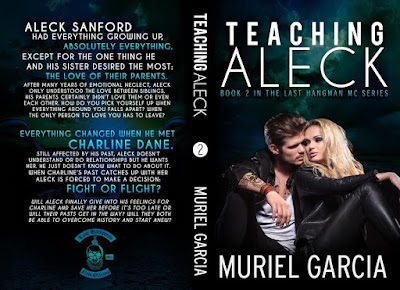 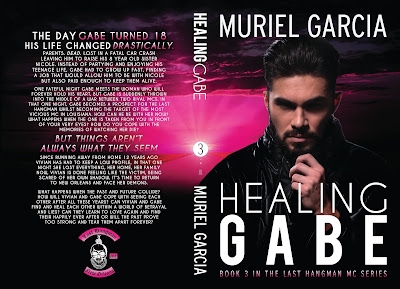