Mitch Dorian and his two brothers successfully run Hilltops--a club catering to individuals who enjoy exploring their sexuality--but his brothers must now focus their attention on running Dorian Publishing, the family business. This leaves Mitch with the sole responsibility of operating the club. He feels an overwhelming need to prove his capability.

Allie Emerson is an English teacher and dance instructor who's adjusting to riding solo after ending a long-term relationship. Mitch is her longtime secret crush but because her best friend Emily is dating Derek Dorian, Mitch's brother, she needs to keep her passion to herself. When Allie discovers Mitch shares her affections, the sparks fly.

They keep their relationship under wraps for fear of causing animosity in the family. Mitch questions his relationship with Allie, concerned the distraction will adversely affect his ability to successfully manage the club. Allie does not want her heart broken again.

With tough love and helpful insight from friends and family, Mitch learns a valuable lesson--sharing his heart not only enhances his potential, but it actually improves it. Because love has a way of doing that to a person.

I’ll be right out. Don’t get into trouble.” He pointed at me for added emphasis before strutting off to another room, leaving me all by my lonesome.
“Me? Never,” I said to myself with a giggle.
I took the opportunity to be nosy and strolled around the apartment, except for the room he went into because I’d almost bet it was his bedroom; therefore, restricted for my own benefit. At least for now.
I found a closed door and paused briefly in front of it. I debated whether to open it or not.
“What the hell?” I asked myself and went for it, pushing it open.
My gut instinct told me he had his own version of the Red Room of Pain, causing me to take a deep breath before flicking on the light, hesitantly peeking inside.
Holy crap, I couldn’t have been more wrong. A huge drum set rested in the middle of the insulated room. Posters of rock bands covered the walls, good bands too, classic Tom Petty, Phil Collins, and Aerosmith.
“I thought I told you not to get into trouble,” his deep voice somewhat reprimanded.
Shit! Shit! Shit!
I swung around, holding my hands up in surrender. “I swear I didn’t touch anything.”
He chuckled and entered the room. “Do you always walk around people’s apartments and open closed doors?”
He stopped in front of me, and my breath picked up speed. He had changed out of his suit, instead sporting gray joggers with an Abercrombie T-shirt. Gosh, he killed me. I couldn’t take it anymore. I had to turn my head away from him, the sight too powerful and glorious for the human eye.
“Not usually, but tonight the notion kind of grabbed me, and I went with it.” I moved away from him, studying the room with my eyes, not my hands.
“Are there any other kinds of notions you have going on in that mind of yours you want to go with?”
I turned to face him. “Wouldn’t you like to know?” I teased, placing my hands on my hips. “So Mitch Dorian plays the drums. That’s fucking hot.” The heat in my words matched my sentiments exactly, my eyes opening wide with desire.
“Really?” He took two steps in my direction. “Do you like drummers?”
“Let me think about it for a minute.” I scratched my head while taking in his drum kit. “Hmm, let me see; you sporting a tank top with those big guns of yours slamming the shit out of these drums? Nah, not interested.” I waved him off with a look of disinterest, my superb acting skills on full display.
“That’s too bad.” He took another two steps my way. “You’d be impressed by what I can do with those sticks.”
I nodded in interest, trying not to reveal too much excitement, when impressed by him and what he could do with those sticks put it mildly. “Perhaps you could show me sometime.”
“Anytime, babe, as long as you promise to dance while I play. You didn’t tell me you were a regular on Dancing with the Stars.”
Aw, he had gone and made me blush. “And you conveniently left out the part about you being a rock god.”
Two small steps forward and now he stood within touching distance, our eyes fixed on one another the entire time.
“Tell me to stop and I will, Allie. All you have to do is say the word.”
I had no coherent thought. There were only three things filling up the space inside my brain—me, him, and him being naked.
“The word,” I mumbled, too dazed and blown away to ask the specifics about the word in question.
“You’re quite the comedian.”
And with that, his lips were on mine.
I always figured Mitch to be the type to come in aggressively, but instead, he came in slow and deliberate, the kiss soft and sweet. I had to remind myself to breathe.
His tongue eased its way inside my mouth without a tinge of hesitation. I certainly wasn’t going to argue.
Yummy, he had the Whole Mouth Clean Listerine taste going on too. Cheater. So unfair.
I reached my hands up, my fingers running through his dirty-blond, wavy hair. And what hair he had! Like hair from an old Pert commercial, whereas in my version it had Mitch pumping in and out of me instead of him jumping up and down on a trampoline with his sexy bouncin’ and behavin’ hair. He could be a walking billboard for commercial products.
I moaned into his mouth, lost in his touch and in my thoughts about him.
He one-upped my gesture by snaking his arms around my back, lowering his hands down to my ass, cupping it so they could get personally acquainted.
Fuck. I hadn’t been touched by a man in months. My body literally begged for more, even though my mind told me to stop. Besides, in all the time Jonathan and I were together, he had never once touched me with the kind of craving and raw passion Mitch possessed. Our kiss was one of longing, almost as if Mitch was the Jack to my Rose, both of us alone with only the great expanse of blue sea out in front of us and warm, salty air filling our lungs.
I moaned again. Where was Celine Dion when I so desperately needed her? That would’ve been the icing on the cake to the fantasy playing in my mind.
I felt a sudden sensation of weightlessness in my head and body, almost dizzying. This man had me delirious, almost disoriented. No man had ever caused such an overwhelming reaction from a simple kiss. My body broke out into a cold sweat.
I pulled myself away from him in a panic, breaking the connection between our tongues. “Oh my God! I think I’m going to be sick! Where’s the bathroom?” 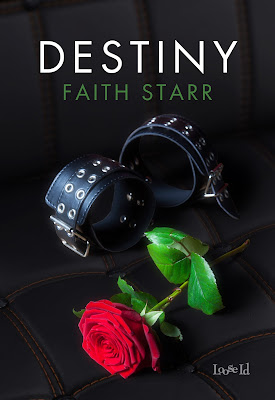 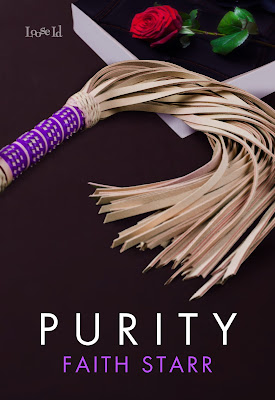 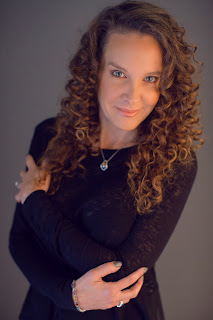 When she's not managing her husband’s medical practice or taking care of her three kids, Faith Starr loves writing erotic romance fiction. Faith is passionate about putting herself into the minds of her characters, giving them a life of their own with all of the emotions that go along with it. She is head over heels in love with each and every alpha male she creates and the confident women who steal their hearts. Faith has found her passion writing in the romance genre. Creating heartfelt love stories has become key in giving her inner spirit the creative outlet it desires. She is a hopeless romantic, with a little spice, who truly believes in the “Once Upon a Time” and “Happily Ever After” ending.