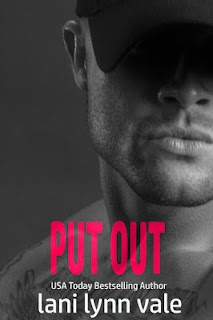 Angie is a survivor.  Anything you could throw at her, she could overcome.
After her father left her like a pile of unwanted trash, she began fighting.  Fighting to build a life. Fighting to keep her child. Fighting to matter.
She thought she had it all figured out.
Then Bowen Race Tannenbaum walks into her life, turning it into a flurry of confusion, hope, and then ultimately despair.  He tore down, brick-by-brick, her carefully constructed world, leaving her heart in tatters and longing for more. Such as a happily ever after, something that wasn’t ever going to happen for her. Not when she couldn’t give him what he wanted.  He’d break her, and she couldn’t be put back together a second time.
Bowe wasn’t always so jaded, but when you keep drawing a losing hand, it tends to affect a man. He didn’t mean to lash out so carelessly. But he was so over being told no. He was done being lied to. He was through with being cheated on.
This time, his heart was getting what it wanted. If Angie wasn’t able to see what he was offering, what was right here in front of her, well then, he’d just have to damn well show her.

Oh goodness this book was a hot mess. I have to say as much as I love Mrs. Vale's books and with how often she releases her books. I think every third or fourth book that comes out, ends up not working for me. I'm not saying that it was this way for this one. And even though this book was a hot mess it ended up working really for this book. Oh Bowe, or Bowen, what can I say about him? Well he's not very lucky at relationships. He's as sweet as can be. And he wears his heart on his sleeve. And even though Angie won't give him the time of day he's determined to make her his.Oh goodness Angie, well she was just a hot mess. She's a single mom who's struggled to make her way since childhood when her father left their family. Plus she's got a crazy baby daddy. Angie's a strong and independent person, who's very protective of herself. Look was this book a hot mess? Yeah, to me at some parts it was. Did I enjoy it? Yeah, I did. And as I said above even though I felt parts of this book was a hot mess it worked well for this book. I also felt like there was other parts that just didn't work for this book. Or rather that there were two different story lines and they kind of clashed against each other. I'm giving this book 4 Stars out of 5!!!!

Posted by Busy Bumble Bee Book Reviews at 8:37 AM