Cover Reveal: You & Me 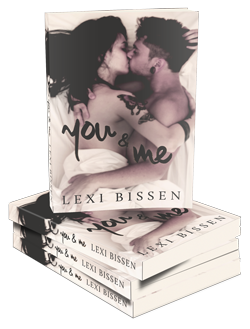 Synopsis:
There was a sadness in her clear, grey eyes that I could see she tried to hide. A fight with her inner demons she didn’t want to show anyone…
Camden Collins- Life was going good for me. I was on the right track: captain of the soccer team, grades were good, and I had an amazing job. Girls threw themselves at me. It was every 21 year olds dream.
Until it wasn’t…
One look at her, and it all changed. She struck something in me. A sense of protectiveness to guard this small, sad girl. When I look into her eyes, I could see the fight she had within herself…and I wanted to be there for her. To protect and be there for her to lean on while she fought whatever it was. Nothing else seemed to matter but the dark haired, beautiful girl who I couldn’t stay away from.
Blaire Wentworth- I wasn’t the same girl I was a year ago. My life was stolen from me one night and I’ll never have the chance to get back the Blaire I once was. Now…now I was just existing, not living. I went through the motions of my everyday routine, staying quiet and keeping to myself.
Until he showed up…
I’d never seen someone like him before. I wouldn’t describe a guy as beautiful, but that’s what he was. He struck something in me, and I didn’t know how to handle that. I was chasing nightmares no one knew about. Ones I kept to myself for a reason. If he ever found out, he’d run.
And that became my greatest fear… 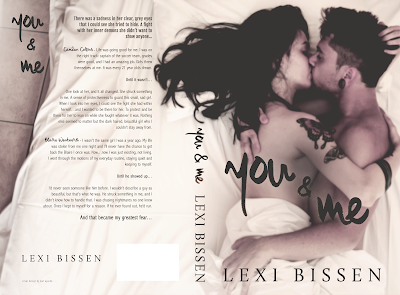