Simple. Neat. Orderly.
A place for everything, and everything in its place.
Karmen Handel’s life growing up had been anything but quiet and simple. A deadbeat father, a mother who never wanted her, and a grandmother who could care less were the perfect recipe to ensure Karmen built a wall around herself and never let anyone in. When her past comes back to haunt her, Karmen has no one to help her. Until Nickel.
Complicated. Dirty. Restless.
Live to ride. Ride to live.
Nickel Cunningham lives free with the brothers he calls family and has never craved anything more until he met Karmen. The shy, quiet nurse who cares for his grandma caught his eye months ago, and he hasn’t been able to get her off his mind since. Nickel knows what he wants, but he’s never had to fight for it before. Until Karmen. 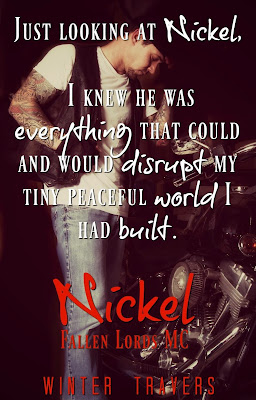 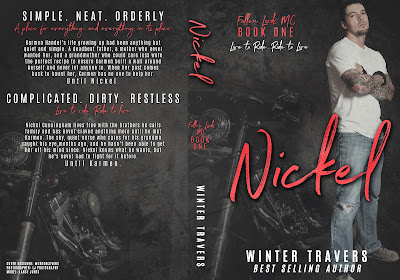