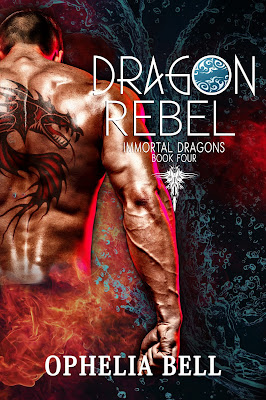 If Assana looked up the word “nymphomaniac” in the dictionary, she might expect to find her own image in place of the definition, especially after meeting the immortal red dragon, Gavra. The timing couldn’t be worse for her to discover the mate that Fate intended—the one she’d be willing to let go of her tightly bound hold on her deepest sexual desires for—the one who literally drives her mad with lust. Now that she needs her sanity more than anything to regain control of her race’s home from her own insane mother, she’s faced with the inconvenient desire to lose control and be that primal nymph she keeps locked inside.

Thank Gaia for Silas. The handsome young ursa male is blessed with magic that can calm the lust-filled madness threatening to consume Assana’s mind. She needs him more than ever, now that she has no choice but to spend her days in close proximity to the dragon she desires more than anything… yet doesn’t dare touch lest she give in to that ancient, primal need all nymphaea are born with.

For red dragon Gavra, he’ll only put off having the beautiful nymph maiden for so long, or the ursa male who Fate has promised him. Once Assana’s crazy mother is out of the way, nothing will stop Gavra from claiming and marking Assana and Silas as his.

Silas hobbled along beside Assana, wincing as the blood flow returned to his legs and feet. The sensation of being so tightly bound to Gaia was never a bad thing, but the moments of immobility had caused panic to well inside him to the point he was prepared to rip himself from the floorboards regardless of how badly he was sure it would hurt.

She was real… he still couldn’t quite believe it. He wasn’t sure what to believe when he’d returned to the Sanctuary to learn that all that had gone wrong within the past week was a direct result of the dragons’ presence in  his home. But if Assana existed, then perhaps Gavra had told him the truth about his own significance to the dragon. 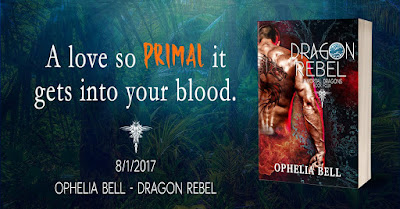 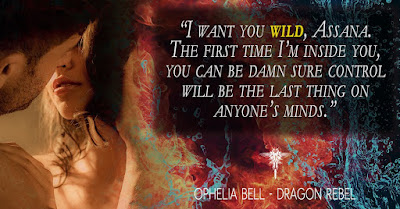 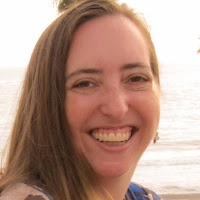 Ophelia Bell is the author of the super steamy bestselling Sleeping Dragons series. Ophelia loves a good bad-boy and especially strong women in her stories—women who aren’t apologetic about enjoying sex and bad boys who don’t mind being with a woman who’s in charge, at least on the surface, because pretty much anything goes in the bedroom. Ophelia grew up on a rural farm in North Carolina and now lives in Los Angeles with her own tattooed bad-boy husband and five attention-whoring cats.