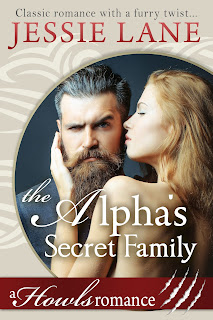 
Dia has just moved to a new city to run her own hair salon. She doesn’t have time for the hot guy who won’t stop asking her out, yet she can’t seem to stop thinking about him.

Stone Blaylock is the Battletown Packs’ Alpha and his mate has just moved into town. Problem is, she’s human. Therefore, he has to win her over the old fashioned, human way—by dating her.

Things are looking up for Stone when he gets his mate to fall in love with and mate him.

However, there’s someone out there who doesn’t like that the Alpha’s new mate is human. When their plan to kill her backfires and Dia survives, but she doesn’t remember anything, including Stone, or the circumstances that left her alone, hurt, and pregnant.

I have to say this book is a little different than I'm used to reading. First because most of the book is told from Dia's POV. And there's only a couple of times that it is in Stone's POV. I guess I'm just used to alternating POV's in books.

I really liked both Dia and Stone's characters and thought they were enjoyable. And I thought at times Stone was hilarious. But I also felt like we really didn't get to know them. Get to know their background. I felt like we got to know Dia a little more than Stone.

I have to say this was a quick and enjoyable read. I think I'll have to go back now and check out Mrs. Lane's other paranormal books.

Disclaimer: I received an ARC of this book from Enticing Journey Book Promotions for my honest review.  The opinions in this post are 100% of Busy Bumble Bee Book Reviews and may differ from others.