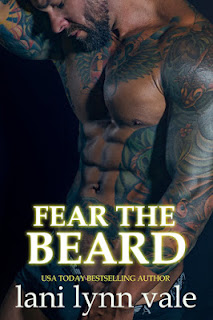 Tally is a twenty-year-old single mother struggling to finish nursing school. Has she made mistakes in life? Sure, but her daughter isn’t one of them. She works hard, she studies even harder, and she’s only a few weeks away from graduating.

She’s living her life the best she knows how when she witnesses a near miss motorcycle accident between a car and a biker. A biker that happens to be the most talked about teacher at her college.

The moment she meets those startling blue, narrowly-escaped-death eyes, she realizes quickly that life as she knows it has changed. No longer will she be content to let life pass her by, even if it puts everything she’s worked so hard for in jeopardy.

Tommy is a highly skilled doctor. A teacher. A veteran. A fully-patched member of The Dixie Wardens MC. He’s lonely, but also set in his ways. What will it take for this man to accept that he needs to make some changes in his life?

Apparently, it’ll take a guy in a truck, who’s preoccupied with his phone rather than focused on the road, nearly plowing into him on his bike at seventy miles per hour. Oh, and a twenty-something year old nursing student witnessing the entire thing from only a few feet away.

It only takes a second, a single heartbeat in time, as he looks into her worry-filled eyes to realize that he’d give anything for a single night with her. He may lose his job in the process, but after that one incredible night turns into an amazing weekend, he knows it’s worth the risk for the promise of her forever.

Ok so I'm going to be 100% honest here and say I thought I would give this series one more chance. I mean I am a big fan of Mrs. Vale's. But I think I have mentioned in a recent review a few books back that her books have become hit or miss with me. Its either after every three books that are a hit, the next ones a miss. I will let you know by thee end of the review which I thought this one was though.

I really liked Tally. Even though she is very very young, she seems to have a good head on her shoulders. Plus its obvious how much she cares about her daughter and is doing the best she can by her being a single parent. Plus her daughter is just adorable.

I have to say I was excited for this series. Now I won't say the first book in this series was a miss, but it just didn't have the impact I thought it would. I won't say that's what I thought about this book. I did find that this book was enjoyable. I also liked the development between Tommy and Tally's characters and that they weren't just thrown together.

Posted by Busy Bumble Bee Book Reviews at 7:29 AM