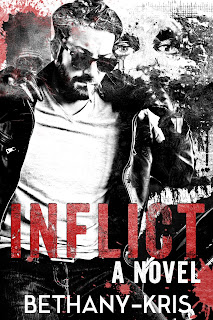 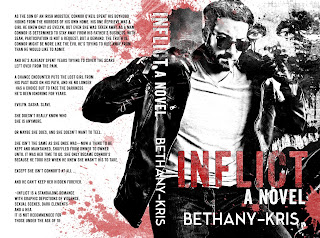 As the son of an Irish mobster, Connor ONeil spent his boyhood hiding from the horrors of his own home. His one reprieve was a girl he knew only as Evelyn, but even she was taken away. As a man, Connor is determined to stay away from his fathers business. With Sean, participation is not a request, but a demand. The truth is, Connor might be more like the evil hes trying to hide away from than he would like to admit. And hes already spent years trying to cover the scars left over from the pain. A chance encounter puts the lost girl from his past back on his path, and he no longer has a choice but to face the darkness hes been ignoring for years. Evelyn. Sasha. Slave. She doesnt really know who she is anymore. Or maybe she does, and she doesnt want to tell. She isnt the same as she once wasnow a thing to be kept and maintained, shuffled from owner to owner until it was her time to go. She only became Connors because he took her when he knew she wasnt his to take. Except she isnt Connors at all And he cant keep her hidden forever. ~Inflict is a Standalone Romance with graphic depictions of violence, sexual scenes, dark elements and a HEA. It is not recommended for those under the age of 18. 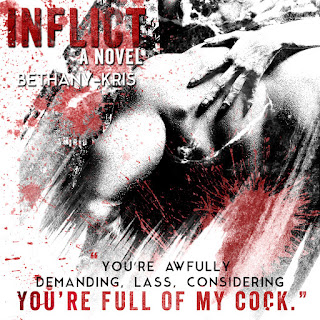 You must think Im stupid, she whispered. No, he certainly did not. She was well spoken. She had a mind of her own and a questioning stare that told him there was a hell of a lot hidden beneath her exterior. He was not going to underestimate her in anything. I dont, Connor said. Then answer my question. Youre a man, so what do you want from me? They always want something; from the very start, each one has wanted something. Ive filled a void, been used to enjoy, and even to be taught. Ive been treated like a plaything to some, and like a sweetheart to others. What is your move? Connor damn near choked on his next question trying to get it out, And how many has there been? She didnt even think about it. Seven, over the years. All Russian? The first one was not; he had a wife who liked me, and had three boys of her own, but no girls. He was just there to keep me, until I was passed on again. I was eleven when the wife leftI was passed on the next day. What then? That spark of fire was back in her eyes. What do you think? I think youve misunderstood my intentions, Connor murmured. Evelyn tipped her head to the side, and her gaze dropped to his groin again. Did I also misunderstand being in your bed, what you were doing in the shower, or the sounds you made at the end? Cac. She had spied on him. I have to call that friend, Connor said, refusing to indulge her further. You should find something to wear that covers you. I dont think you mind. I dont, but I wont be held accountable for reacting in an unpleasant way to an arsehole move from my guest. Evelyns lips curved into a sly, sensual smile. It was shocking. Beautiful, but shocking. Men may have used her for what they wanted, but he fully believed there was a part of Evelyn that was more dangerous than she let on. Thats a new one. Connors jaw clenched. What is? Jealousy. Ive never had one that was jealous before. Perfect. Just feckin grand. Im not onean owner, whateverof those, Connor said, more irritated than before. You will do well to figure that out and fast, Evelyn. You will do well to stop trying to figure out what game you need to play to please me; youre not here for that. Then why am I here? Honesty was the best policy I dont know yet. He finished getting dressed, and the whole time, Evelyn never left him in private. As he passed her by to make that phone call and get something to eat for breakfast, her soft voice stopped him again. But why dont you touch me? she asked. Even those who were not terrible, still wanted that from me. Connor looked down at her, and found she was watching him, curious and unashamed. I told you why, love. Its not for me to take, and if you want that, then you can ask for it. I dont understand, and Im not sure what to do or how to act for you, if you want nothing from me. Im not sure who to be here. Thats a sad idea, isnt it? That you have to be something at all, and not just a person, a woman. Her gaze dropped. I dont know anything different. 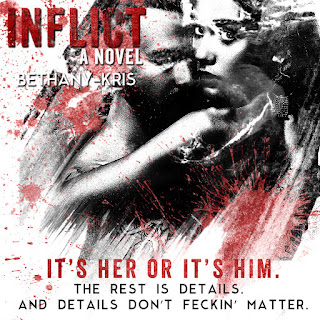 Bethany-Kris is a Canadian author, lover of much, and mother to three young sons, one cat, and two dogs. A small town in Eastern Canada where she was born and raised is where she has always called home. With her boys under her feet, snuggling cat, barking dogs, and a hubby calling over his shoulder, she is nearly always writing something when she can find the time. To keep up-to-date with new releases from Bethany-Kris, sign up to her New Release Newsletter here: http://eepurl.com/bf9lzD Website  Blog   Twitter  Facebook  Goodreads   Pinterest  Mailing List  Amazon Author Page 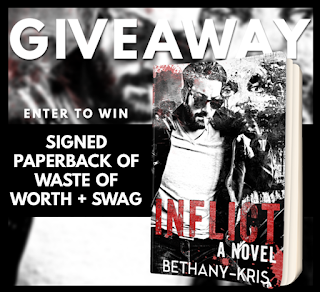 Posted by Busy Bumble Bee Book Reviews at 10:05 AM