Cover Reveal: All I Ask 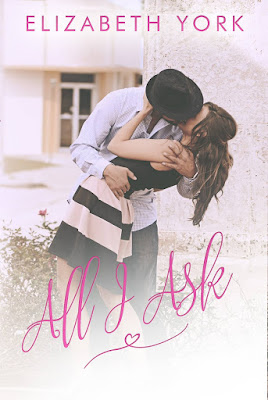 My name is Devan Anderson and I am a photographer and the by product of a cheating father and a childhood evaporated by illness. I'm stubborn, protective, but I care more than I let on. What does a girl like me do when I taste life for the first time?

I'll give you a hint. It isn't what you think.

My name is Ian Jensen and I am a Pediatric Oncologist that works day and night with kids that prove to be braver than I. I am open to Nerf gun fights, having fun, and taking control. What's a doctor who lives life by the book do when given a new chapter to live in?

“Put your hands up,” a little voice yelled. Ian and I put our hands up. I turned my head to see a little boy wearing a mask and a cape holding a Nerf bow. I smiled as Ian reached into his coat and snagged a little Nerf gun.


“Who are you?” I asked to distract the kid avenger from Ian’s movements.
“I am-,” his voice froze as I saw a woman stepped out of a room with her arms crossed. She cleared her throat as I looked at Ian and he winked.
In one swift, move Ian turned with his Nerf gun and shot a toy bullet as he moved in front of me. The boy fired and his bullet hit the wall as he pulled back the arm on the bow and was ready to fire again. Ian pulled the trigger on the little boy and fired again intentionally hitting the wall as the masked child fired again.
Ian groaned as he took a toy arrow in the leg, and fell to the floor. I immediately wanted to play along so I grabbed his gun and fired at the boy who was faster than the foam bullet I launched.
I went to step forward over Ian when I got really dizzy and lost my balance. I fell back and hit the floor with a thud.
“Doctor Ian, is she okay?” a little voice asked as a bright light was intensely in my eyes.
“What’s your name?” Ian asked as he looked me over.
“You know my name.”
“What day is it?” Ian asked as I had to follow his finger.


“Ass hole day?” I asked and snickered when Ian scoffed because there were virgin ears around. 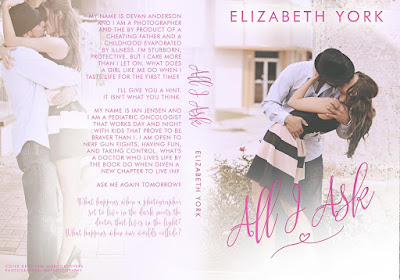