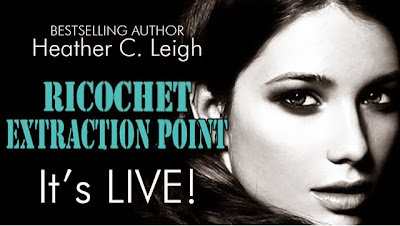 Read the final conclusion to the Ricochet Series!

Extraction Point is NOW AVAILABLE! ONLY $0.99 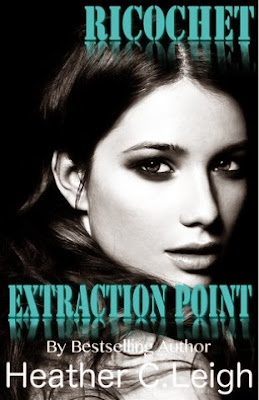 Rick "Ricochet" Brennan served eight years as an elite Marine special ops Force Recon soldier. After an injury, and the terrible memories from that night, he retires and goes to work for his former Command Officer, Howard "Mack" McEvoy, at his training center in Atlanta.

Sanctum MMA appears on the surface to be a normal gym, training elite fighters to be the best. Except each trainer, hand-picked by Mack, possesses a special background that allows Mack to run one of the best-kept secrets in the country.

When twenty-three year old Quinn Wallace finally escapes her abusive husband, she turns to her father’s old Marine Corps buddy, Mack, for help. Broken and skittish, Quinn finds herself surrounded by large, intimidating men— men who could easily overpower her. She avoids them the best she can, but when Rick turns out to be more than just a rough fighter with bruised knuckles, she finds herself wondering if she can allow herself to trust again. 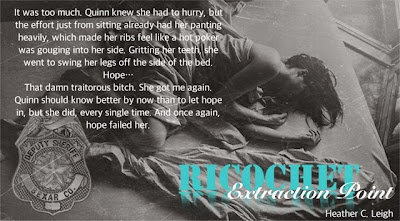 Excerpt
“Hey,” he said calmly. “Why aren’t you resting?” Rick put his hands on her shoulders, gently massaging her arms.
Quinn’s eyes grew large and went to his gloved hands.

Fuck, she hates fighting. Now I know why she looks freaked out.

Rick yanked his hands away and took a step back. “I didn’t mean for you to see me fight, Quinn. I’m sorry.”

To his surprise, Quinn stepped forward, closing the distance Rick had put between them. He watched as she hesitantly lifted her arms, placing her hands on his sweat-slicked chest. Her eyes met his and his breath left in a sharp huff. The fear he had expected to see wasn’t there. No… Quinn’s eyes were dark and glistening with lust.

“I didn’t know that watching you fight would be so comforting. It makes me feel safe, and… turned on,” she murmured. Rick shivered as her hands ran down his torso, moving over each defined muscle until they were resting on either side of his waist.

“Turned on?” Rick swallowed, barely able to speak with Quinn touching him like that. She was only just about healed from the attack. He figured it would be months, if not longer before she’d be interested in pursuing anything physical.

“Yes, turned on.” Quinn’s fingers dug into Rick’s waist, her thumbs making small circles on the ‘v’ shaped ridges of his lower abs. Scorching waves of pleasure rippled down his spine, instantly making his cock come to life.

“Jesus,” he muttered softly. Using every last bit of willpower he had, Rick captured Quinn’s wrists, removing her hands from his body.

“Not here, doll.” He glanced around, but none of the other fighters were looking their way. Still, he’d kill them if they saw the lust in Quinn’s eyes. That was for him, and him alone.

Quinn pouted, crossing her arms and glaring like a kid denied her favorite candy.

He couldn’t help himself. The sight of this tiny thing trying to look intimidating was funny. Rick laughed. “You’re too much, doll.” The corner of her mouth twitched up—it was just a hint of a smile, but it made Rick’s day. Quinn hadn’t smiled once since his team rescued her. Seeing some of her personality coming back flooded him with emotion. 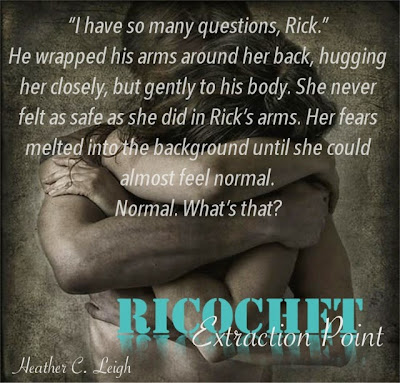 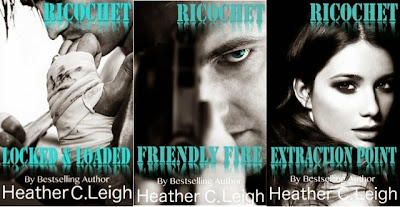 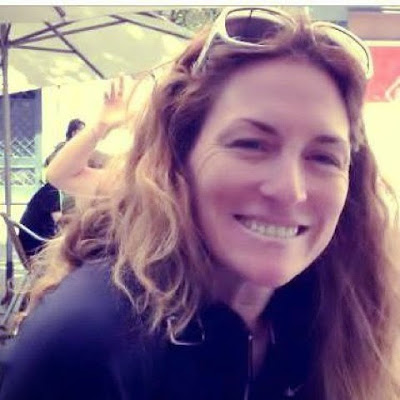 After growing up in New England, I currently live just outside Atlanta, GA.

I love the Red Sox and hate the Yankees.

I love hot, sexy romance novels, but hate long, drawn out misunderstandings as a plot line.

I love alpha males, but hate when they borderline on abusive.

a Rafflecopter giveaway
Posted by Busy Bumble Bee Book Reviews at 7:31 AM