Release Blitz: The Space Between Us {The Men of Evansdale County Volume 1}

She’s the little sister of my ex-best friend, Forrest. She’s off limits like tempting forbidden fruit, and I’m the snake slithering through the grass.
She ignites a fire in me. One I can’t explain. One I sure as f#ck can’t control. It’s raw and primal.
She’s sweet, and I am not.
She’s pure, and I’m broken.
When I came back to the town and past I’d left behind ten years ago to make it big in the world of underground fighting - it was for one reason, and one reason only. To take care of my Grandma Rose, and I’ll do it by any means necessary. Even if it means doing the one thing I said I'd never do.
I didn’t expect to see Emma again.
I didn’t expect to want her the way I do.
I didn’t expect to peel back all her perfectly controlled layers or for her to see through mine.

Love isn’t always simple. And it’s definitely not as predictable as aspiring dancer Emma Winchester’s life. Or the way her life used to be until Dean King forced his way into her world and heart – now there’s no turning back.

Emma returned to her hometown of Evansdale after leaving for college when tragedy struck. She and her brother Forrest are now the sole owners of Winchester Estate Orchards – but the apple business has never been Emma’s passion. Dancing is. Until she bumps into Dean King, her older brother’s ex-best friend and the object of her teenage crush. She knows she’ll hurt her brother if she keeps seeing Dean, but she can’t stay away.

Tall, handsome and tattooed boxer Dean King is nothing out of a fairy tale. He’s brooding and moody, and he doesn’t believe in love. But when he runs into Emma, something ignites inside of him. A fire. A desire that’s all but consuming in way he doesn’t understand.

Dean’s life has never been simple. And it’s never been predictable. Coming from a poor family and having an alcoholic and neglectful mother left him with scars he’d just as soon forget. He left Evansdale to get away from the memories and reputation that have haunted him – until his grandmother Rose, the only person who’s ever told him they loved him is dying. Dean will do whatever it takes to take care of his Mama Rose. Even if it means selling his soul.

Fate brings them together. Burning passion binds them.

When the fires get too hot, can love save them?

This novel is a standalone in the Men of Evansdale County series. No cheating. No cliffhangers and a guaranteed HEA. Contains adult material including, but not limited to: scenes of violence (boxing matches) sex and language. 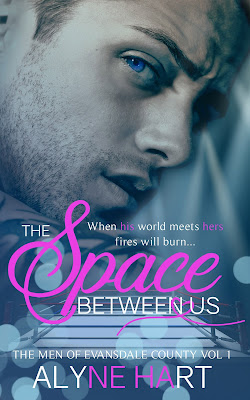 Dean Alexander King.
It’s a name I hadn’t heard since the day my brother said we could never utter it again. In fact, I hadn’t thought of him much since, even though I had the biggest crush on him my entire childhood. It was a silly crush. He was my older brother Forrest’s best friend since kindergarten, which meant I had barely been born when they first met.
Our mom practically adopted him like he was a stray puppy. She showered him with attention, clothes that fit him right instead of the raggedy hand me downs he wore, and plates of hot food every night she could. He was her little pet project from the wrong side of town.
In fact, Dean was such a fixture in our home that I thought of him as my other brother until I was ten and figured out what having a crush meant. After that, I followed Dean around like a pest until he and Forrest would get irritated enough to lock themselves in Forrest’s room. Other than that, he never noticed me. I was just the annoying kid sister of his best friend.
When I was sure no one was listening, I named my Barbie, Emma and my Ken doll, Dean and I made them kiss. A lot. Sometimes with no clothes on. When I was twelve, I would write Emma plus Dean, or Emma Cassidy King on my school folders over and over. Usually with a lot of hearts and other embarrassing things I’m glad no one ever saw.
Sometime around thirteen is when I started to notice the differences between them. Differences that left me confused. I never understood how Forrest and Dean were friends in the first place—they were as different as night and day.
Dean was always in trouble. He got suspended more times than I could count. He got into fistfights at school that Forrest inevitably had to break up. He went through girlfriends like dirty socks, and he got put in juvie. Three times.
Forrest, on the other hand, was and still is, polite and gentlemanly. He rarely swears, he had one girlfriend through all of high school, and like me, he follows all the rules.
Not Dean. Filthy-mouthed, cocky and arrogant—he broke the rules like it was his favorite hobby. And unlike his last name might suggest, Dean King was nothing out of a fairy tale. Which is probably why the vision of him never failed to make the skin of my cheeks fill with a hot, red blush—and why my fourteen-year-old daydreams were always of him shirtless, offering to be my very first kiss.
Of course, I never got that kiss. For one, Dean was five years older than me, and I was nothing more to him than a little sister. Two, my brother came home one day and told us his engagement to his high school sweetheart and fiancée Renee had been called off, and that Dean was the reason.
Dean never came around after that. Last I’d heard he’d taken off and was never heard from again. Well—until now that is.
Only, he didn’t look at me like I was Forrest’s little sister anymore—and he asked me not to tell Forrest he was back in town.
Dean King is fire.
Like the most beautiful and destructive of all the elements.
Fire is a welcoming warmth that washes over your skin, like a glowing blanket. But in the blink of an eye, flames can leap, devouring everything in their path. Everyone and everything in its way is left to choke on the thick black smoke. If you turn your head for even a second, everything you once loved and held so dear is gone.
Fire smolders. Flickers playfully, sending embers flying like a sparkling, hot fountain of orange against the dark purple of night.
Dean King is fire. 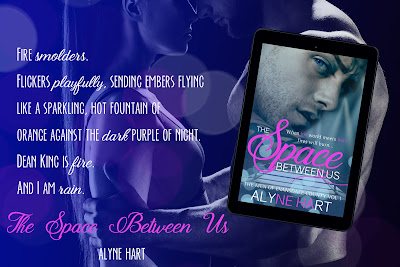 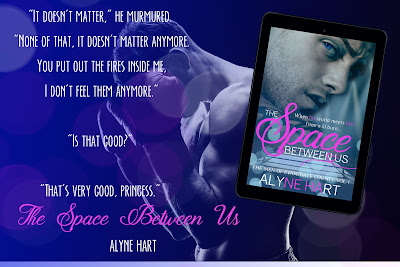 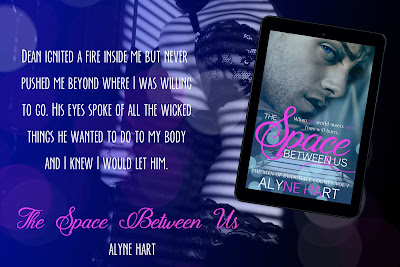 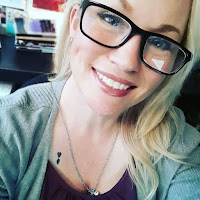 Hello, I'm Alyne Hart. A contemporary romance author living in the state of Washington with my two children. I'm a romance junkie, happy ending addict, cat collector and wine lover.
I began my story-telling journey first with my dolls, then it progressed to paper. I have a deep love for anything romantic, and I'm a believer that in love anything is possible.
I write (mostly) strong, witty and intelligent women who love fiercely. And strong, sexy, intelligent men - alpha heroes with a heart of gold. Then I add in my own little fantasy - they can all cook.
Most of my stories involve people with problems bigger than just trying to find love. I like making peace with the past, re-kindling old flames and healing old wounds. I love small towns, second chances, cowboys, rock stars, and men in uniform. 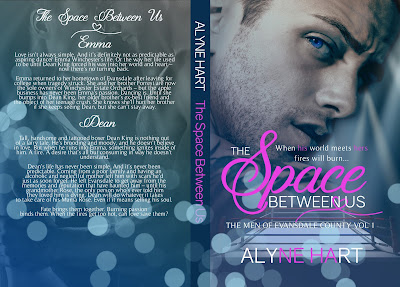 Posted by Busy Bumble Bee Book Reviews at 7:25 AM