She's hiding from the girl she once was.
He's just trying to get through another day.

Marley Fallon doesn't believe in attachments, not after her world was destroyed by those she trusted the most. She's put on a new face and is ready to bury the past. Nothing good can come from remembering the pain.

What she doesn't count on is Wyatt Hensley. The silent stranger manages to get under her skin in ways she can't explain.

Wyatt doesn't want anything to do with the mysterious new girl. He has bigger issues to worry about.

However, you can't fight what's right in front of you.

Wyatt and Marley find themselves sharing their deepest, darkest secrets. It's not long until they're immersed in the other's life and heart.

But as soon as they find each other, they also find that forever isn't as long as they think. 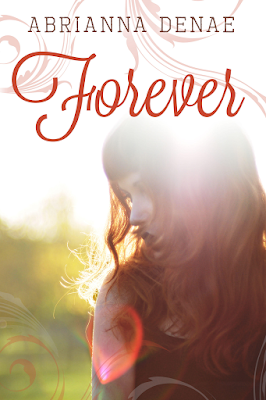 When Wyatt said he wanted to be friends I didn’t know that meant he would actually acknowledge my presence. In class, he made it a point to talk to me and said he’d meet me for lunch. Now I’m standing at the end of the line in the cafeteria, not sure what to do. Kala walks in front of me, heading toward a table full of people I hate. Do I walk toward the unknown? Do I sit with a boy who never even looks up during lunch? Or do I sit with people who are familiar to me? Their faces and names are different, but their attitudes are the same ones that I grew up around. They’re comfortable to me, and that’s why I hate them. If I’m going to survive, then I have to make wise choices, but I suppose that one unwise choice won’t kill me. So when Kala drops down in her usual seat I don’t follow. Instead I keep walking toward the boy who could destroy me with one glance. “Took you long enough,” he says. Wyatt doesn’t look up from his hands. I place my tray on the table and sit across from him. He doesn’t have any food, he never does. “I’m not going to hurt you.” “How do you know?” He lifts his gaze to mine, it’s intense, and it unnerves me. The feelings that Wyatt stirs inside of me leave me confused and intrigued. I want to explore these feelings, but you can’t build a relationship on lies. Been there done that. “Because I don’t plan to. I promise I won’t hurt you, Marley. I don’t break my promises.” “I don’t believe in promises, they’re just empty words. I don’t know you. You could be saying this today, and something else tomorrow.” “How many people do you think know about my sisters?” He leans forward and lowers his voice. I become aware of the stares and the whispers. “You know who they are. Granted it was only a matter of time, but still. I didn’t know how to handle it. But you did.” “You confuse me.” “I could say the same about you.” “Are we ever going to have an actual conversation?” He raises an eyebrow, his clear gaze burning into me. I want to turn away, but can’t. “You tell me.” 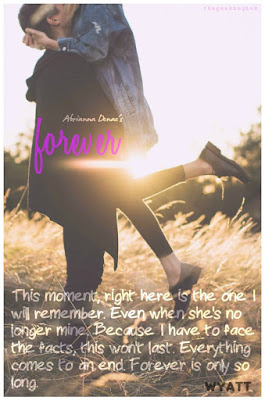 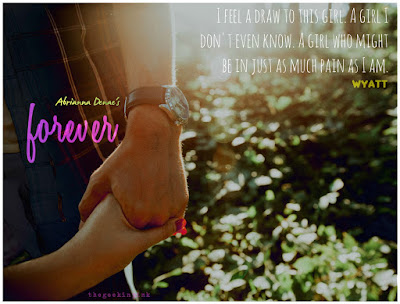 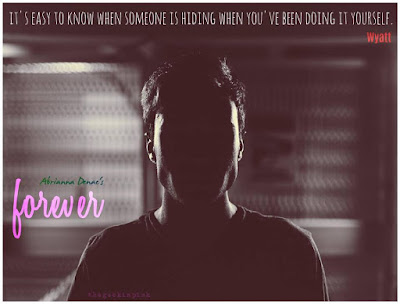 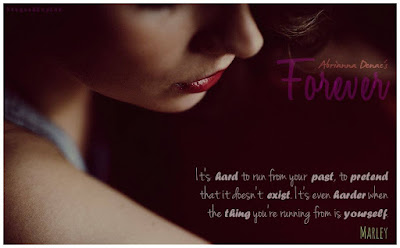 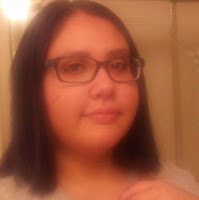 Abrianna Denae is a twenty-year- old author living in Northern California. An English major, she has always had a passion for writing.
Deciding to sit down and write one of the many stories that had plagued her mind for years was the easy part-finding the time to do it was a different story.
Caffeine is her best friend, and sleep is her worst enemy.
A lover of books that make the reader feel something, she tries to incorporate as much of her real-world views and feelings into her stories as she can.

Posted by Busy Bumble Bee Book Reviews at 8:05 AM