From the first time Muerto laid eyes on her, he wanted her on her knees, his hand pulling her long black hair back.

Six feet of muscles and tats make Muerto a magnet for women. Being an officer in the Night Rebels MC is an added bonus. He likes the drama of hooking up with citizen women and the casualness of the club women, but he’s never found a woman who stirs something deep inside him.

Until she comes into the club’s pool hall.

She hustles the customers.

She gives him attitude.

And her smoky gray eyes pull him right in.

He figures he’ll go a couple rounds with her, then move on to the next woman.

The problem is that he can’t get the sassy pool shark out of his mind. And he can’t stop thinking of all the nasty things he wants to do to her.

Raven Harris grew up with pool cues in her hands. She has the game in her blood. Healing from a broken heart, she isn’t interested in meeting another man.

Then she meets Muerto. He’s sexy, rough, tatted, and arrogant as hell. He screams heartbreaker. Not wanting to do another spin on the heartbreak carousel, she pushes him away. But her body wants him in the worst way.

As Raven begins to let Muerto into her life, evil lurks in the darkness…watching her…waiting to strike.

Can Muerto stop the danger that threatens to destroy their chance at love and happiness?

The Night Rebels MC series are standalone gritty romance novels. MUERTO is Book Two in the series. This book contains violence, strong language, sexual assault (not graphic), and steamy/graphic sexual scenes. It describes the life and actions of an outlaw motorcycle club. HEA. No cliffhangers. 18+. 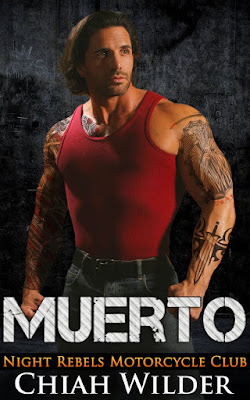 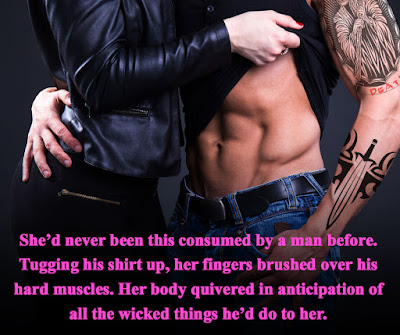 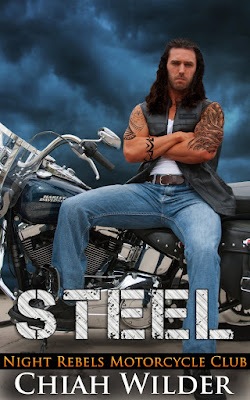 Posted by Busy Bumble Bee Book Reviews at 7:52 AM