Vaughn Morris survives on denial and hope. He spends his days permanently marking other’s skin and his nights trying to forget the scars embedded in his soul. No longer the defenseless teenager he used to be, he returns to his home town, never expecting to fall for a woman who is just as complicated as he is.

Rayne Garner hasn’t truly lived in years. When she was too young to know better, she made a promise to a man who didn’t deserve her loyalty. Nobody has made her question that decision, until Vaughn—a man whose pain is well hidden beneath his cocky exterior and dark, mysterious eyes.

But in order to heal him, Rayne must face the brutal reality she’s been trying to deny. A friendship they didn’t need turns into a love neither thought they wanted. Rayne and Vaughn not only have to fight for each other, they must survive threats from a past they’re both trying to overcome. 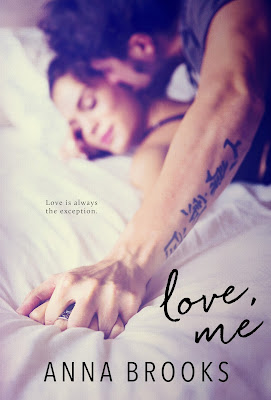 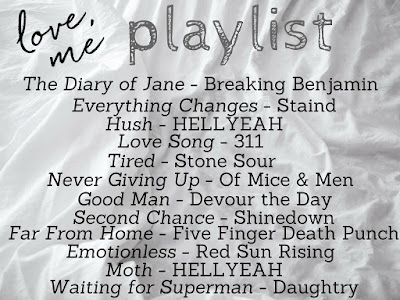 
I knew earlier that he was trouble, but now, with his hands on me and the thoughts I’m having that I know I shouldn’t be . . . I’ve gotta squash this before anything starts. “Listen, I—”


His hair moves freely as he shakes his head. “Don’t blow me off. I know that’s what you’re about to do. Don’t do it.”


“I’m a lesbian,” I blurt out. “I’m flattered, but sorry.” I’ve rehearsed the line so many times I almost believe it myself. Wish I believed it sometimes.


He laughs. It catches me so off guard that I find my jaw open, and I’m staring at the way laughter changes the hard angles of his face to soft ones that make him less intimidating and more beautiful.


“I’m not interested in playing games.” I cross my arms defensively. “Besides, I didn’t say that you were gay. I said I was a lesbian.”


He laughs again. Once he catches his breath, he takes another shot. “The way you were moving your hips. Grindin’ on my cock . . . Damn, baby. Got me hard as a fuckin’ rock. You’re not a lesbian.”


“Yes. I am.” This is what I tell people when I get hit on, because the truth is too hard to bear. Sometimes, I just don’t want the reminder that I won’t have anything else.


He extends his arm and runs a finger around my knee and up to the hem of my very short dress. I try to pretend he doesn’t affect me, but my breath hitches in my throat, and my cheeks heat up. When he traces just beneath the hemline, I shiver. Dammit. Asshole.


“No. You’re not.” He smirks and squeezes my thigh before letting go. 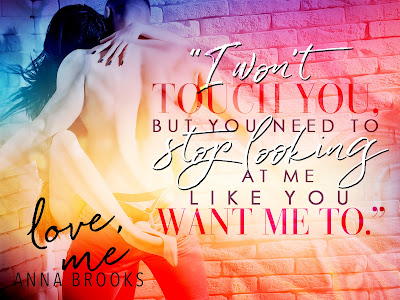 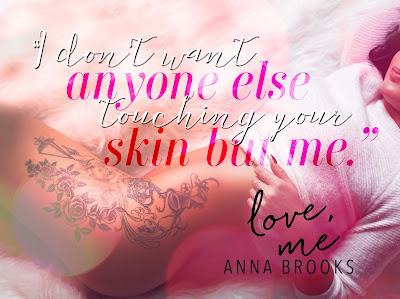 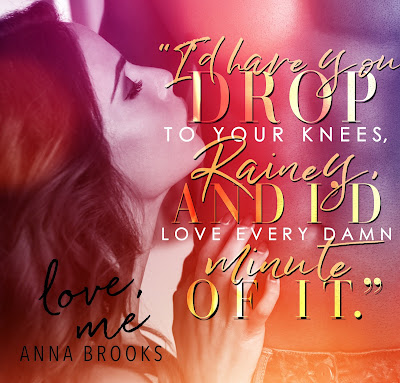 Anna began writing when she thought the world would want to hear her sick lyrics through song. Since then, she's realized her childhood dream wasn't so far-fetched, just misguided. Now she writes romance with real emotions and happy endings. If Anna isn't writing or reading, she can be found by a space heater painting her nails and drinking a ridiculous amount of Diet Dr Pepper. She also likes to hang out with her husband and two boys. If it wasn't for them, she wouldn't ever leave the house. Anna was born in Wisconsin but now lives in the Evergreen State. 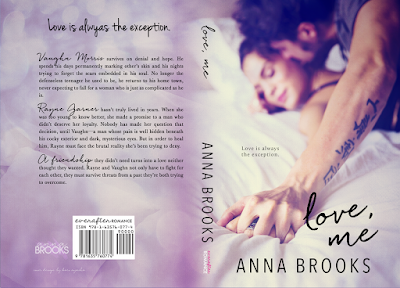