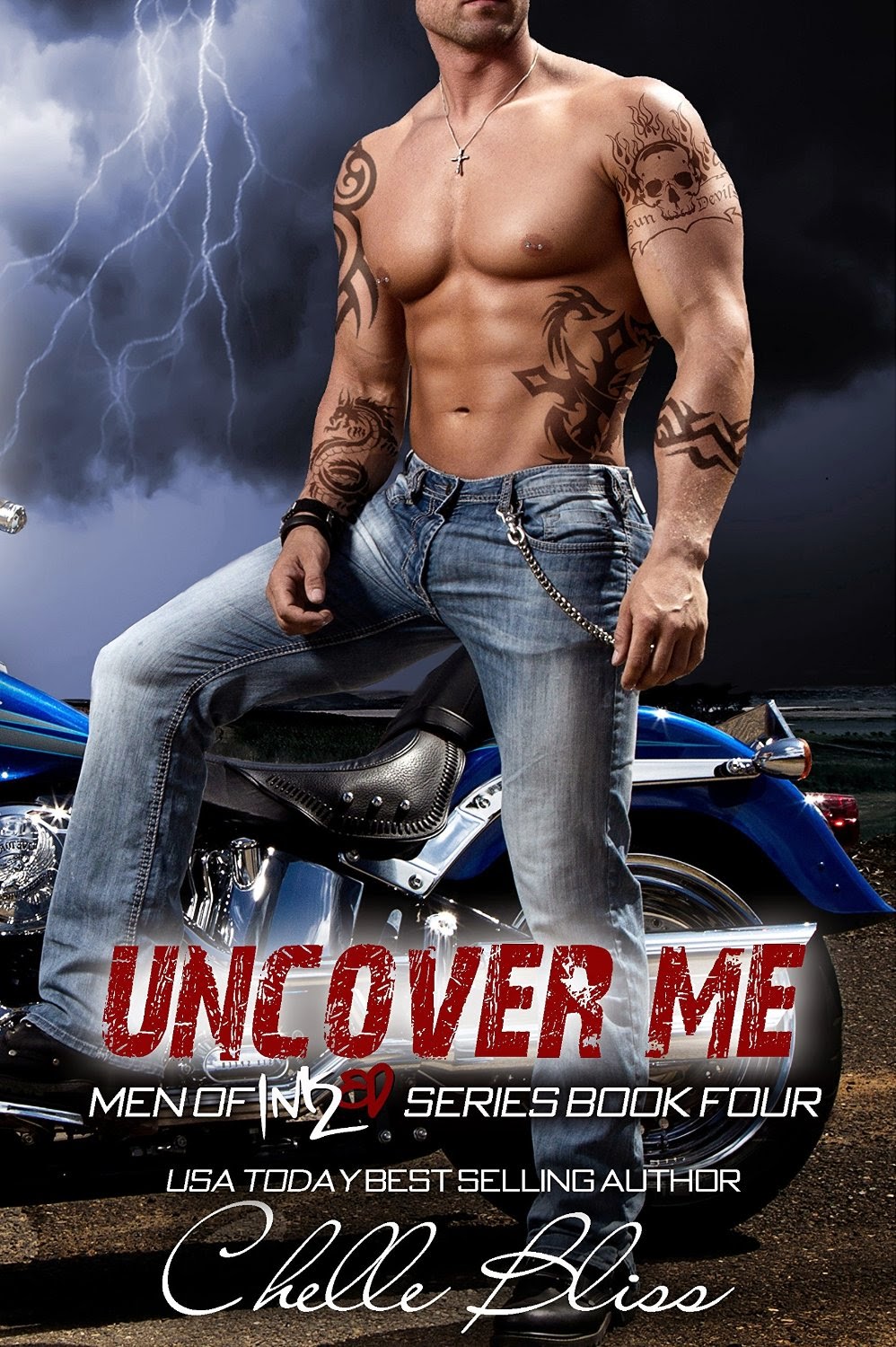 I lost track of my life.

Spiraling down the rabbit hole, I lost myself and became one of them. Living undercover within the MC, the days bled together as I became absorbed in a life of excess and violence.

Was I Thomas Gallo, good guy and respected cop or Blue, Sergeant-at-Arms of the Sun Devils MC?

Before, I could answer with certainty. But now, there’s a darkness that has settled deep in my soul, fusing with my heart and altering my reality forever.

The road I’ve traveled has been paved with danger, death, and deception.

Roxanne grew up as part of the MC, a victim of her birth. Her life has been treacherous, setting her on a course of torment and destruction.

When our worlds collide, secrets are revealed. Trying to save us from damnation, I fight for redemption and the woman I love.

I've just recently started to read the Men of Inked series and I'm so happy I did. This is also the first book I've been able to review for author Chelle Bliss. And I think like most people I was most excited about Thomas's book. Most likely because he is the one Gallo we haven't gotten to know. Sure we've kind of gotten to know him through his family. But not really the same as getting to know a character.
As we know from other books in the series, we know Thomas has been undercover for quite sometime. He's playing with danger and trying to get the bad guys locked away. Finally it's almost time for him to go back to his regular life. I loved Thomas right away. He's strong and loyal and obviously loves what he does. Even though he starting to have doubts about who he is. He also cares deeply about his family. And I really liked that made his character feel more real.
I really like Roxy. She's strong and independent. And even though she's had a rough life. She's hasn't let that get her down. You can feel the attraction between her and Thomas, I can't say instant attraction because obviously they've been having something going on while being undercover.
This book has danger, love, lies, and everything in between. Chelle Bliss wrote a totally different book then the rest and I loved it. Also like in most of the books I think that one of the things we can count on in Chelle Bliss's books is the importance of family.  In each of these books you can see how much the Gallos care about and pretty much accept you as you are.
I give this book 4 Out of 5 Stars and I would recommend it. I can not wait to read Anthony's story!!!!
You can purchase  Uncover Me  on Amazon,

Disclaimer: I received an ARC of this book from the author for my honest review. The opinions in this post are 100% of my own and may differ from others.