Snowed In with Her Ex (Brides and Belles Series) {Book Review} 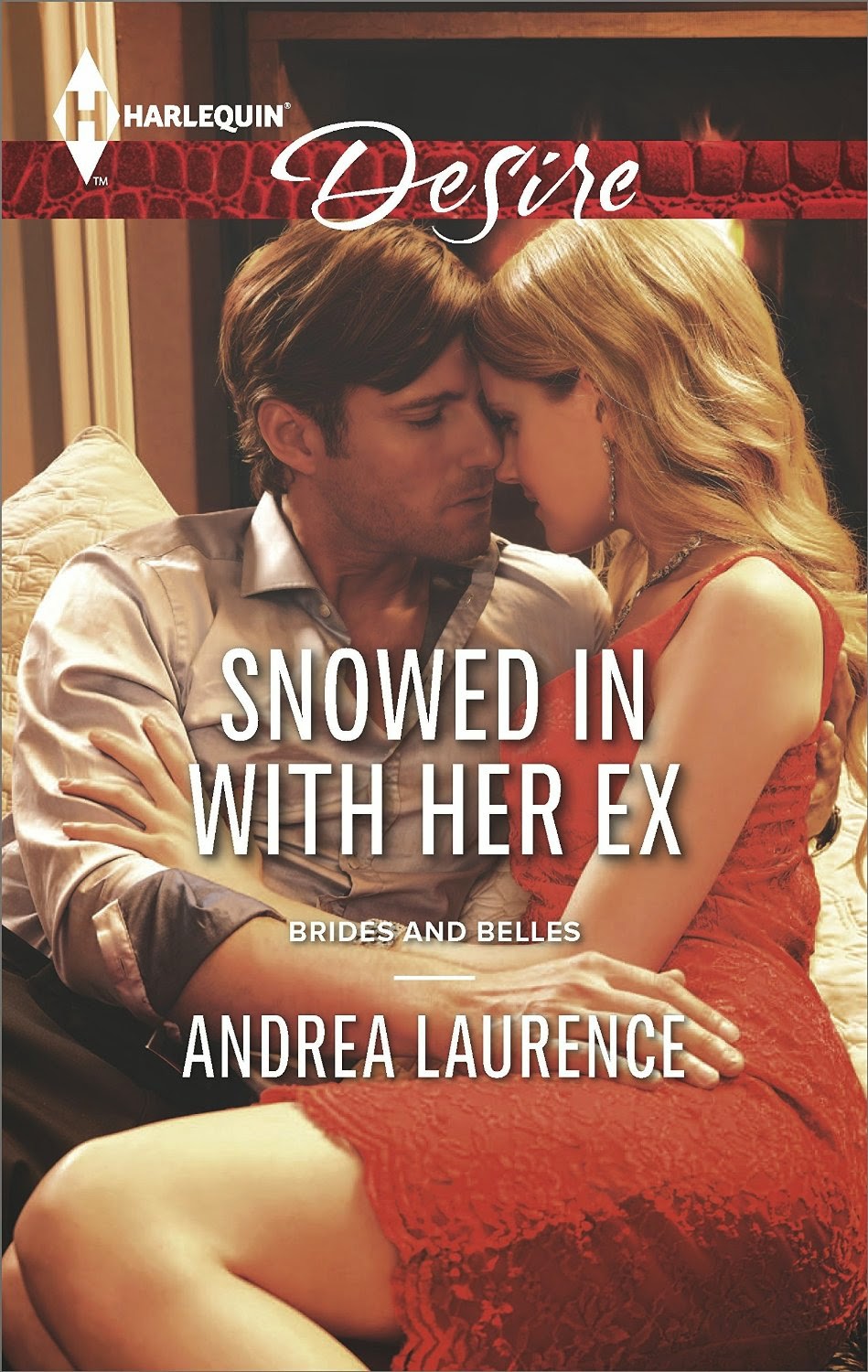 Title: Snowed In with Her Ex {Brides and Belles Series}

Wedding photographer Briana Harper never expected to run into her ex at an engagement shoot! And when a blizzard strands them…alone…in a remote mountain cabin, she knows she's in trouble. She's never forgotten Ian Lawson, but none of the reasons they broke up have changed. He's still a workaholic. And now he's an engaged workaholic!

But Ian is also still a man who knows what he wants. And what he wants is Briana. Untangling the lies of his current engagement leaves him free to…indulge. Yet proving he's changed may be this music mogul's toughest negotiation yet…

Andrea Laurence has done it again and has started off this new Brides and Belles series on the right foot. Though I had to admit I was a little weary hoping they wouldn't be like another series by another author. But  I couldn't wait to read the first book in this series!!!
Brianna and her three friends have their own wedding business. Brianna is the photographer in the group, and finds herself thrown into a situation she would probably rather avoid. I liked Brianna's character she's independent, spunky and has made something of herself.
Ian is the owner of a recording studio and likes to keep himself out of the limelight. Though he finds himself thrust into with his pregnant fiancé. You could feel the attraction that was still lingering between Brianna and Ian.
This book made me laugh and yelling at the characters at times. Andrea writes a wonderful story about second chances. I give this book 4 Out of 5 Stars and would recommend this book to anyone who enjoys a sweet book with a HEA. I cannot wait to read the next book in the Brides and Belles series.

You can purchase Snowed In with Her Ex on Amazon, B & N and on Books-A-Million

Disclaimer: I received an ARC of this book for free from the author Andrea Laurence for my honest review. The opinions in this post are 100% of my own and may differ from others.