That first year in Zion, I was happy. With my painful past behind me, things were finally going in the right direction. Dominic and Lilly came along, showing me what my life was missing. How good it could be. How they could each look deep into my soul and set it on fire. And then they each left. The years passed, and I had only the memories of what we’d shared and the family I had made for myself. Fate had other ideas for me though.

Leaving Zion after that summer wasn’t as easy as I’d thought it would be. But, as the days turned to months and then years, I thought about it less. The memories we’d made together–the look in her eye, the smell of her skin, the taste of her on my tongue–slowly started to fade. Now I’m going back, but I know the man I’ve become would be too much for my doll. I’m too dominant, too dark, too brutal. And then I see her, and in no time at all, I know I will stop at nothing to be part of her life, twisted up in her forever.

That summer in Zion has been the thing I’ve used to measure everything against. Even though it’s been five years since I’ve seen her, I knew I wouldn’t be able to resist her when I returned. A few weeks is all it takes for fate to bring us together. Seeing not only her, but the family she’s built for herself blindsides me. Not with jealousy, just a burning need to be a part of her life. Twisted up in her once again. 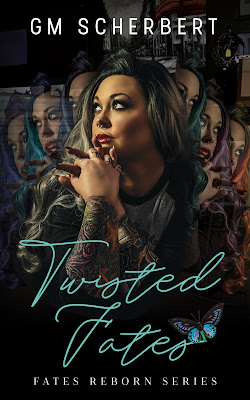 Counting to stroke my cock, the thoughts move to the way that she would spend her mornings, making sure that every strand of her hair was in place, that her makeup was put on just so. The way she would put on that fire engine red lipstick. When she would put it on again right after she had given me a kiss, or better yet, sucked my cock leaving a red ring at the base. That thought usually had my cumming, but not today, today my thoughts go on.  I have to be misremembering the smell of her perfume, that expensive shit, what was it again Dolche. The way she would splash that stuff on multiple times throughout the day and night. How my pillow would smell after she left and how I would bury my face in it after that summer until the smell was no more. Fuck, just the memory of her rubbing her wrists together, it gets me harder than steel, but still I don’t come.  My mind moves to her body, her long luscious legs, her full breasts, the dimples in her ass, even her little pink pearl, and the ink that covered most of it. The way the lines and colors, patterns and pictures told her story. A story that she told me over countless hours piece by piece putting together the puzzle of her life in ink. My strokes became frenzied as I continued to think about how I would kiss and caress each as she would spin the tales. How she would moan when I would graze my teeth over her skin or sigh as I would breath into her ear, forcing the hairs on her neck to stand up. 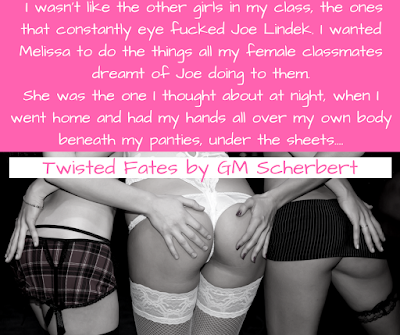 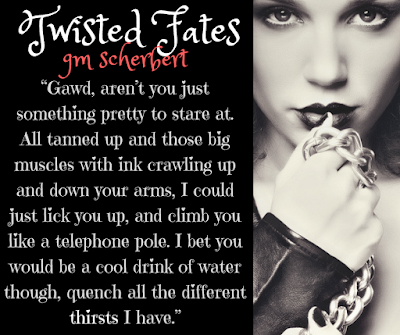 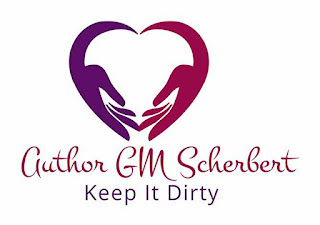 GM Scherbert was born on a brisk late April morning and grew up in a small town in the Midwest but, quickly decided that was not the life for her. She quickly moved away for college and thought better of returning to that small town on a long term basis. City living is defiantly the life for her...
GMs day job working with people on the Autism spectrum keeps her on the go most of the time. That is when her three small daughters and husband are not pulling her in different directions.
Gm is the kind of gal who is quirky, unique, smutty, crazy, hard to hate, harder to love. She has taken her love for telling stories to the next level by putting her hat in the romance writing game.
If you are interested in romance with twists and some darker themes Author GM Scherbert will be right up your alley. 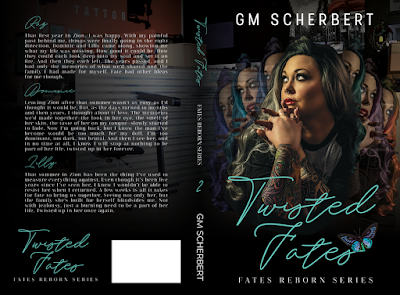 Posted by Busy Bumble Bee Book Reviews at 5:45 AM