Rebel Stryker has had to fight to survive from the moment he was born to a heroin-addicted mother. Raised by his grandparents, his only mission in life was to succeed where his mother had failed. Now, he and his childhood best friends tour the world as a famous heavy metal band. Like any rags-to-riches young man, Rebel definitely enjoys the perks of being in the limelight. But now something has changed. Rebel never wanted to fall in love, shying away from relationships and relishing his 'no worries' rock-star persona. But there's something about the band's new manager that catches Rebel's eye. Despite fighting it with everything he has, Rebel finds himself succumbing to man's quiet ways.

It doesn't hurt that the guy loves Rebel's grandpa — the one relationship that means the world to him. Staying true to his name, Rebel fights against the tide of attraction drawing him in. But it's only a matter of time before love finally strikes. Stan Jackson is hiding a secret. A Very Big Secret. One he prays will never come to light, especially since life is pretty good now. He finally has a good job, and he considers the people around him friends -- even if they don't see him the same way.

All he's ever wanted in life is to blend in, not make waves, and move on through. Now, as the manager of the internationally famous Skull Blasters rock band, he is put squarely into bassist Rebel Stryker's orbit. He spends a lot of time with Rebel's grandfather, which is not only fun, but rewarding. Another big benefit is that Stan gets to see Rebel all the time. When his past catches up to him, Stan learns that he isn't just the Skull Blasters' manager. He's a part of their family. 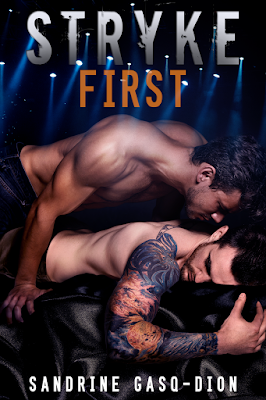 I glanced up from my laptop as Rebel’s grandfather sauntered by me naked as the day he was born. He was scratching at his ass and mumbling and I cocked my head to the side.
“Grandpa? You forgot to put on underwear.”
I got a snort as he continued towards the kitchen. It wasn’t the first time—nor would it be the last time—that Augustus Stryker would be without clothing. I was told within five minutes of meeting the man that I had to call him grandpa or Auggie, and then I was told to call him grandpa. I placed my laptop on the table next to the couch and stood up, cracking my back and neck.

I sighed and walked around the coffee table to the kitchen. Grandpa was watching the coffee pot and I stood next to him.
“What are you doing?” I asked.
“Waiting for it to brew.”
“Grandpa, you need water and coffee grounds for that to happen. Go put some pants on and I’ll make coffee, okay?”
“You’re such a good boy, Stan. Taking care of me. When are you going to find yourself a man with a big dick?”
“Grandpa!” I blushed furiously and ducked my head.
“You know my Rebel is pretty well hung, just like his old man and me.”
“Okay, that’s wonderful. Could you please put some clothes on?”
“I don’t like em’! They itch!”
“All right, I’ll make sure the nurse adds fabric softener this time, okay?”
“She left.” Grandpa stared at the ceiling and squinted.
“What do you mean she left?”
“I don’t know. She just walked out.”
“Grandpa.” I narrowed my eyes at him. “What did you do?”
“I did nothing!”
“Why don’t I believe you?” I sighed as he continued to look at the ceiling. “What are you doing?”
“Waiting for that spider to rappel down.”
“What?!” I jerked away and looked up. Sure enough, a huge spider was dangling above us. Call me a pussy, but I hate spiders. I mean I really hate them. 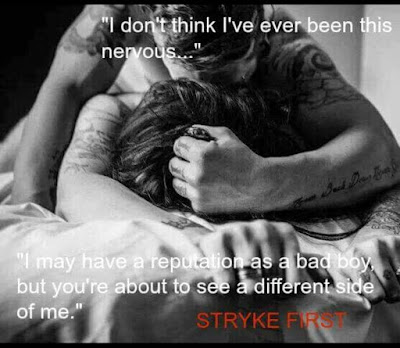 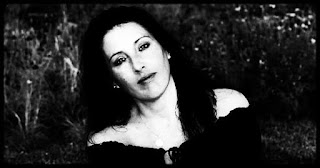 Best selling author, Sandrine (Sandy) was born in Inglewood, California. Raised by "Old School" French parents, she later moved to Tucson, AZ. It was there that writing became a hobby. Always told she had a great imagination, Sandy wrote short stories for her friends in High School. In college, she took more writing classes while working on her Criminal Justice degree, but it wasn't until a soap opera caught her eye that she got involved in male on male romances. On the advice of a friend, Sandy dipped her toes into the world of M/M Romance. Sandy takes the writing seriously and has had countless conversations with gay men as well as hours of research.She's been involved with the military in one way or another for over twenty years, and has a great deal of respect for our men in uniform. She's traveled the world, but has finally returned to Arizona. 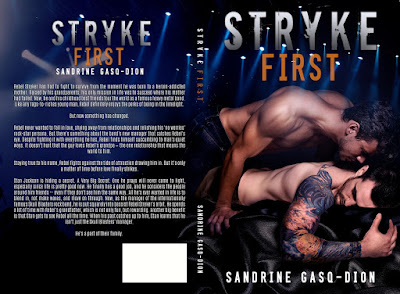