Fallon has had a long and rough couple of years. She's ready now to work on putting the past behind her and focus on putting her life back together. A trip to see her best friend to hang out and create some new happy memories seems just the way to start off her new life. However, the first person she meets is Reid Snow, who threatens her peace of mind. Fallon does everything to resist his bad boy charm. The last thing she needs is someone else bringing drama into her life. But, when tragedy strikes Reid is the one who she turns to.


Reid Snow has gone from an unknown to a well known. He never had a problem in the female department until he's taken in by a gold digger who is after more than just his good looks. Before becoming a well known actor, women always wanted him for himself. Determined not to be suckered again, he finds himself extremely attracted to the best friend of his best friend's sister. The only problem is, he's not interested in anything more than casual hook-ups. But, even if Fallon would give him the time of day, which she doesn't seem inclined to do, starting something with her could jeopardize his friendship with his best friend. 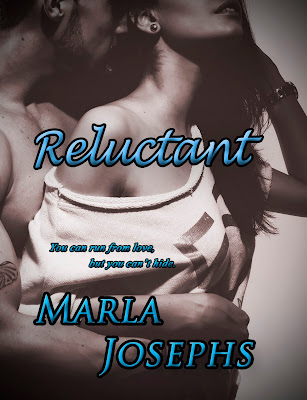 Fallon ended up not stopping for lunch and drove straight through. Because she’d left so early, she ended up arriving in the late afternoon. Once she brought her suitcase and things in, she decided to take a swim. Alexa had a nice sized pool in her back yard. It was nice to play in, but also long enough for serious laps.

After some serious swimming for a good twenty minutes, Fallon did cool down laps for another ten minutes. Starting to feel the first twinges of hunger, she hopped out and headed for the kitchen to see what Alexa had to eat. She hadn’t really eaten all day. With her stomach upset over everything she ate, eating wasn’t high on her priority list these days. Hopefully she wouldn’t have to go out and get something.
She walked in the sliding glass door drying her hair and froze at the sounds of movement in the kitchen. She looked up to see a strange man and woman going at it on the kitchen counter. At least the woman’s ass was on the kitchen counter, her blouse open and one hand belonging to the man standing between her spread legs was moving rhythmically under her skirt. She must have gasped, or made some other noise, because the man finally tore his lips from the woman’s, though his hand never stopped moving between her legs.
“What the hell? Who are you people? And, what are you doing here?” Fallon sputtered in shock.
The man turned the hottest look on her Fallon had ever seen. Instead of looking surprised, chagrined, or something appropriate, his eyes took a slow perusal down her body and an even slower one back up.
“Shouldn’t I be asking that question?” he asked with a slow, knowing, and wicked smile spreading across his face. “It’s okay. Come on in. I won’t kick you out. I’ll be with you in just a moment, love. Just let me finish with her.”
Fallon’s eyes widened in disbelief. Was she somehow in the wrong house? She couldn’t be. She’d used the key. What was going on here?
“Excuse me?” Fallon demanded, taken aback and full of indignation. Who was this Cretan? “How did you get in here?”
“The better question is, how did you get your delectable self in here?” the stranger said in a husky voice. The woman writhing insistently on the counter began to whimper under his steady fondling. For a moment, Fallon thought he would lose his concentration and take the obviously overheated woman right there on the counter, the way she was tugging and squeezing him. She seemed to not even care that Fallon was there.
Please, oh god, please,” she whined.
He’d turned to her, crooned something to her, and kissed her. Then he turned back to Fallon. Was this for real? This was some sort of sick joke, right?
“Did you follow me here?” he asked, fixing that sexy gaze on her. Fallon didn’t know whether she wanted to call the police or keep staring. This was unbelievable.
“Follow you? Kick me out?” She growled. His words finally penetrated her understanding and her outrage came to center stage. “This is my friend Alexa’s house. I don’t know who you are, or what is going on here. But, you’d better leave, or I’m calling the police.”
“You know Alexa?” Crazy Man asked. His eyes narrowed now and some of the heat lessened there.
“Of course, I do. She’s my friend. Why else would I be in her house?” Fallon snapped in utter perplexity. His eyes widened and he jerked away from the woman in surprise.
“You’re Fallon?” he asked clearly stunned. “But, Alexa said you wouldn’t be here until tomorrow.”
“Wait. How do you know my name?” Fallon asked cautiously. This was getting more and more bizarre by the second. Romeo there had frozen and was giving her his full attention now. He momentarily seemed to have completely forgotten the woman he was just finger fucking on the counter. She let out a whimper of protest.
“I promised I would be here to meet you and keep you entertained,” he blurted out.
“Look. I don’t know who you are, but I don’t need entertaining. Obviously, there’s been some sort of mistake,” Fallon said hesitantly. She didn’t know if she should risk the sudden movement of making a run for it or to take the time to grab her things and get the hell out of there. Deciding that he literally had his hands full pleasuring the more than willing woman with her ass on the counter, she figured it was safe to grab her stuff and go. She cautiously began to make her way around the counter, never taking her eyes from him. He never took his eyes off of her either, which was a bit disconcerting. As soon as she was around the counter, she dashed down the hall and into the guestroom.

Marla Josephs leads a busy life in Northern California with her husband and children. When everyone in the family isn't working or studying hard they are traveling and playing hard.
Now that her kids are older, she is very excited to be able to finally put her writing front and center. 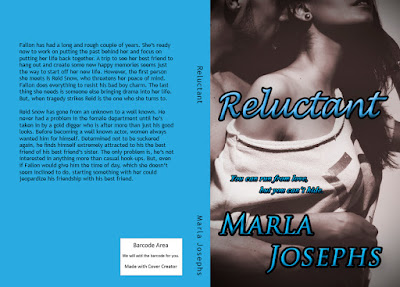