13 came for you once. Are you ready to face it again?
Evil can be fought. Ghosts can be hunted. But darkness can never be defeated. It only retreats, lurking in the shadows, waiting for you to let your guard down.
You might think you’re free, but once it has its eyes set on you, there’s no escaping it. Whether today, tomorrow, or next week—it will strike. No matter where you run, where you hide, it will find you, and it will make your worst nightmares come true.
13 chilling stories are about to test the limits of your fear, ready to show you the daunting truth of what lies beneath…
The family with buried secrets. An old factory hiding shadows within its walls. A serial killer honing his deadly skills. It’s all here, about to prove that nothing is ever as it seems. Think twice before you switch off the lights, before you close your eyes and say goodnight.
It’s happening again. 13 is coming for you.
So get ready…
It’s Déjà Vu 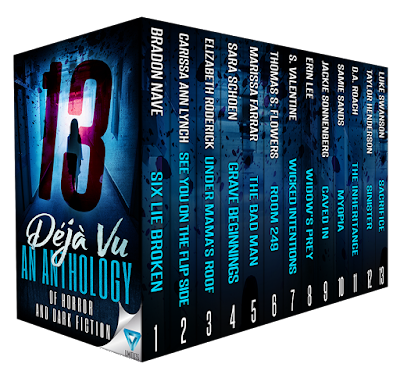 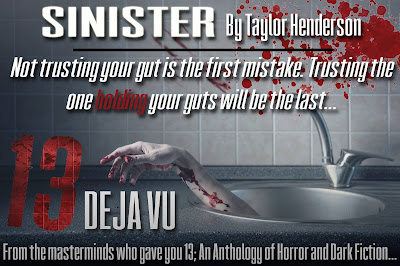 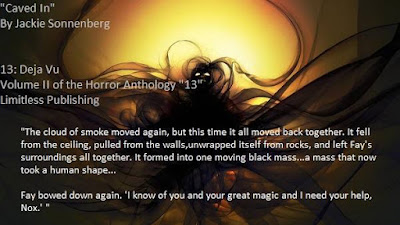 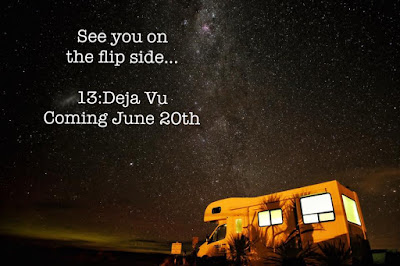 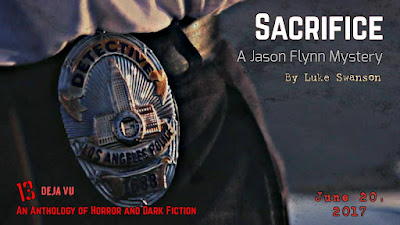 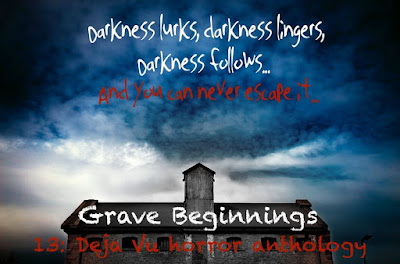 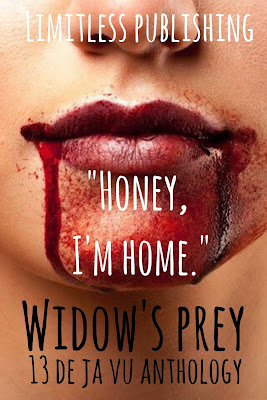 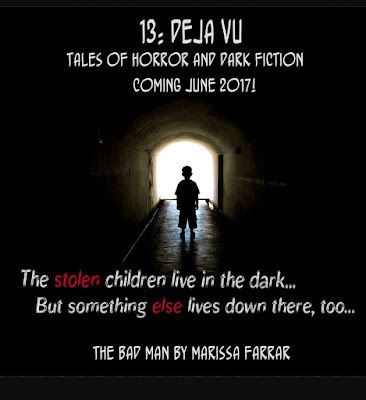 Carissa Lynch
Carissa Ann Lynch is the USA Today Bestselling and award-winning author of the Flocksdale Files trilogy, Horror High series, Searching for Sullivan, Grayson’s Ridge, Midnight Moss, This Is Not About Love, Shattered Time, Things Only the Darkness Knows, and 13. She resides in Floyds Knobs, Indiana with her husband and children.

Bradon Nave Bradon Nave is an award winning NA/YA author. He was born and raised in Oklahoma. He attended a small school during junior high and high school, and graduated with only three people in his class. After graduate school, he decided to devote his spare time to his passion of writing.Bradon currently lives in Piedmont, Oklahoma, with his wife and two young children. He loves running, being with friends, and writing.

DA Roach D.A. Roach is a YA/NA writer who enjoys the challenge of crafting stories in different genres. When she’s not writing, she enjoys going to rock concerts, hockey games, horror movies and gardening.

Samie Sands is the author of the AM13 Outbreak series – Lockdown, Forgotten and Extinct. She’s also had a number of short stories published in very successful short story anthologies. To find out more about Samie and her work, check out her website at http://samiesands.com/.

Erin Lee ERIN LEE is a freelance writer and therapist living with her family in southern New Hampshire. She is the author of Crazy Like Me, a novel published in 2015 by Savant Books and Publications, LLC. She is also author of Wave to Papa, 2015, Nine Lives, 2016, and Alters, 2016 with Limitless Publishing. She authored Losing Faith with Black Rose Writing. Other titles include Host, Merge, Her Name Was Sam, Take Me As I Am, 99 Bottles, The Morning After and award-winning When I’m Dead. In her free time, she works on her upcoming releases, Just Things, a novel built on the life of Jimmie Putnam as seen here in her story, “Jimmie’s Freezers,” (The trouble with) Butterfly Kisses, From Russia, With Love, and Between the Cushions: A poetry collection.

Elizabeth Roderick ELIZABETH RODERICK grew up as a barefoot ruffian on a fruit orchard near Yakima, in the eastern part of Washington State. After weathering the grunge revolution and devolution in Olympia, Washington, Portland, Oregon and Seattle, she recently moved to a small cluster of houses amidst the vineyards of California's Central Coast. She earned a bachelor's degree in Spanish from The Evergreen State College in Olympia, Washington, and worked for many years as a paralegal and translator. She is a musician and songwriter, and has played in many bands, rocking some instruments she doesn't even know the real names for, but mostly guitar, bass and keyboards. Elizabeth writes novels for young adults and adults; short stories; and memoir which is way more interesting than it should be. Her stories are about love, death, gang warfare, and madness; her characters tend to be of the type that society generally shuns: addicts, convicts, and the mentally ill. She believes if people get to know these characters in stories and in real life, they'll find them more likeable than they originally thought. She applies Hunter S. Thompson's Gonzo method to fiction writing. It often gets a little heavier than what she had in mind, but she chalks it up to forced consciousness expansion. Her author webpage can be found at http://www.talesfrompurgatory.com

Thomas S. Flowers
With a face only a mother could love, Thomas S. Flowers hides away to create character-driven stories of dark fiction. Residing in the swamps of Houston, Texas, with his wife and daughter, his debut novel, Reinheit, was soon published with Shadow Work Publishing, along with The Incredible Zilch Von Whitstein, Apocalypse Meow, Lanmò, The Hobbsburg Horror, and FEAST. His military/paranormal thriller series, The Subdue Series, including Dwelling, Emerging, Conceiving, and Converging, are published with Limitless Publishing, LLC. In 2008, he was honorably discharged from the U.S. Army where he served for seven years, with three tours serving in Operation Iraqi Freedom. In 2014, Thomas graduated from University of Houston-Clear Lake with a Bachelors in History. He blogs at machinemean[dot]org, where he reviews movies and books on a wide range of strange yet oddly related topics. You can hide from Thomas by joining his author newsletter at http://goo.gl/2CozdE.

Taylor Henderson Taylor Henderson is a psychology major at the University of Mary Washington. She was born and raised in Northern Virginia and has been an adamant reader and writer since she was young. Taylor plans to continue writing, and hopes to continue to expand to different genres in the future.

Luke Swanson Luke Swanson was born and raised in Yukon, Oklahoma. He graduated from Oklahoma Christian University with a degree in English writing, along with history and international studies minors.

Jackie Sonnenberg Jackie Sonnenberg is an actor and writer living in Orlando, Florida, where she brings scares to life on a daily basis. She is an actor at a year-round zombie-themed attraction, also writing its backstory: www.zombieoutbreak.co/blog She is working on more books and stories in the dark side, including her own twist on Nursery Rhymes.

S. Valentine
S. Valentine grew up in England. Studying English language and literature, as well as law, she worked in a solicitors for many years before moving to Spain. She does however divide her time between both countries. Returning to her lifelong passion of writing books, she’s also a weekly columnist for The Ibizan newspaper on: lifestyle and fashion. Her other interests include reading, shopping and a nice glass of wine to shows such as Sons Of Anarchy, Dexter, Gossip Girl and SATC. She’s a social media addict, and loves connecting with new people. For more information, please visit: www.s-valentine.wix.com/books. If you join her newsletter, you will be the first to receive sneak peeks of chapters, teasers, news, giveaway prizes and more!

Marissa Farrar is a British author of more than twenty-five novels of a number of different genres. One thing her books all have in common is that they’re guaranteed to be dark, fast-paced, and filled with suspense. 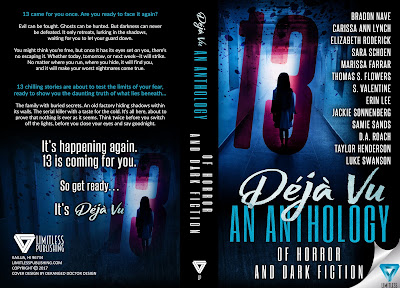