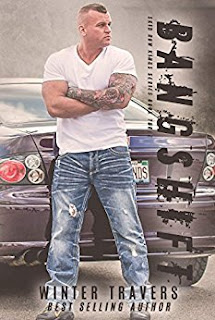 *Skid Row Kings Series, Book 3Kurt Jensen has had enough. Tired of being under his brother's thumb and having the one person he wanted push him away, Kurt knew it was time to leave. California was supposed to be the new start he craved and needed, but one wrong turn brought everything crashing down around him, literally.Leelee Perez messed up any chance she had with Kurt by pushing him away and has regretted it since. Kurt had been Leelee’s knight in shining armor a year ago, saving not only her, but also the small family she clung to.Now is her chance to make things right.Relationships will be tested, and bonds will be broken in this thrilling conclusion of the Skid Row Kings Series.

So I'm going to start off this review with  I couldn't wait to get this book and read it. Especially with the way Powershift ended. This is the third and final book in the Skid Row Kings series. Can  you read this book as a stand alone? Probably. But you may want to read the first two so  you can know who all the players are and have a better understanding of what's going on.

Now that being said, as I said above this book starts right where Powershift ended. And  I had really high hopes for this book.

Now Kurt, what can I say about Kurt? Ever since the first book Downshift, he had been kind of moody. Than in Powershift, he started having more of an attitude. I was hoping in this book we would get to know him better and find out what was going on with him. Did we get to find out what was going on with him? Yes, very quickly. Though  I didn't really feel like we got to know him any better. Also I found that Kurt honestly annoyed me in this book. I felt like most of the book he was throwing a two year old tantrum.

I have liked Leelee since of this series. And  I still loved her in this book. I have to give her props for putting up with everything. She's one of those kind of people that once on your side would stay there.

Though this wasn't my favorite of the series. I did still enjoy reading it. And I'm sad to see this series end.