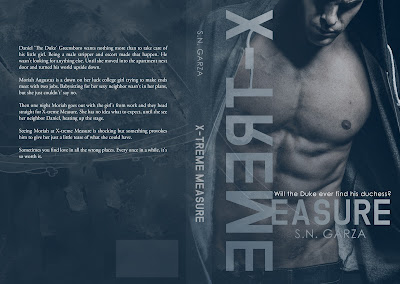 X-TREME MEASURE: where everything is for your pleasure. Daniel 'The Duke' Greensboro wants nothing more than to take care of his little girl. Being a male stripper and escort made that happen. He wasn't looking for anything else. Until she moved into the apartment next door and turned his world upside down. When Moriah's financial aid is cut off, she has to find a new place to live and going home to deadbeat parents wasn't an option. Finding a posh apartment in the heart of Houston was her only choice. She didn't anticipate meeting hot, sexy-as-sin, single dad Daniel Greensboro...the neighbor across the hall. When he asks for a favor, she just can't say no. Then one night Moriah goes out with the girl's from work and they head straight for X-treme Measure. She has no idea what to expect, until she sees Daniel, heating up the stage. Seeing Moriah at X-treme Measure is shocking but it provokes him to give her just a little tease of what she could have. Sometimes you find love in all the wrong places. Every once in awhile, it's so worth it. 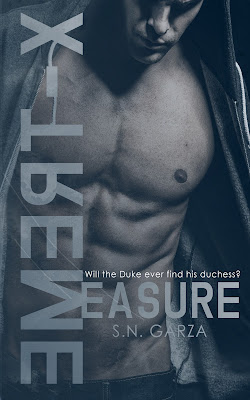 LADIES! Welcome to X-TREME MEASURE! Where everything is our pleasure! Now, the rules. You ladies know them. What are they?” 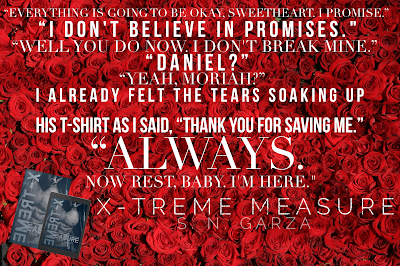 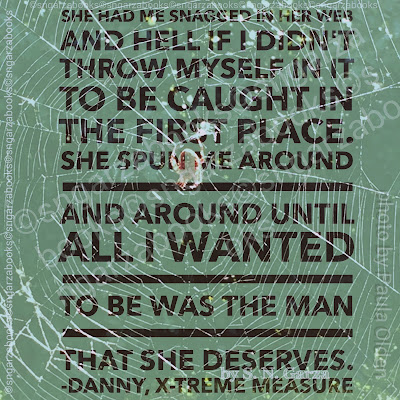 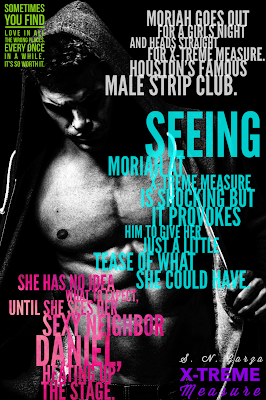 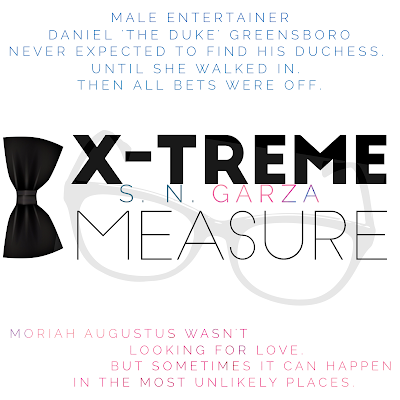 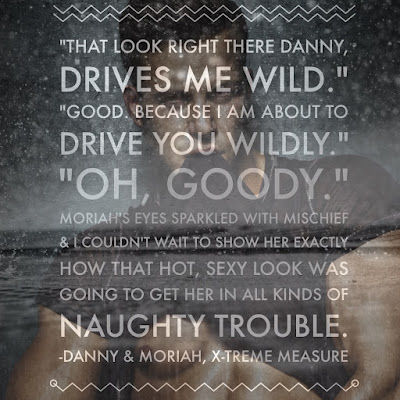 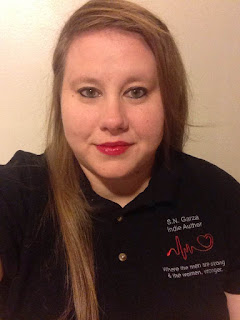 S. N. Garza is from Southeast Houston, Texas, with her husband and two small children. She is a full time Chilihead employee at Chili's Bar & Grill. Author of steamy, sexy, sinfully beautiful stories about strong alpha men and the women who fall for them.
When she's not taking care of her family, or working her tail off, you can find her writing well into the night with her headphones on, or reading another steamy romance novel, attaining another fictional boyfriend. RememberWhere the men are strong, the women, stronger.

Posted by Busy Bumble Bee Book Reviews at 10:38 AM