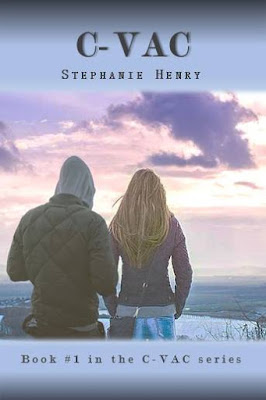 Synopsis
If someone told you they had a vaccine, medically proven to work and completely safe to take, that would both prevent and cure cancer of all types, would you take it?

Briella was six years-old when her mother passed away from cancer. Five years later, C-Vac, the cancer vaccine, was announced. For most, it was considered a miracle. For others, like Briella’s dad, it was a suspicious hazard. Nonetheless, when people are offered a miracle, they’re not likely to pass it up. For eight years, cancer was simply a thing of the past. But once the side-effects of C-Vac start to emerge, Briella rapidly begins to understand that the world, as she knows it, will be forever changed. Now faced with new dangers she never thought possible, she’ll have to decide: hide away from anyone who could pose a threat or trust the one person she so desperately wants to let in? 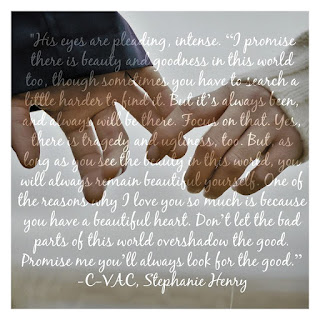 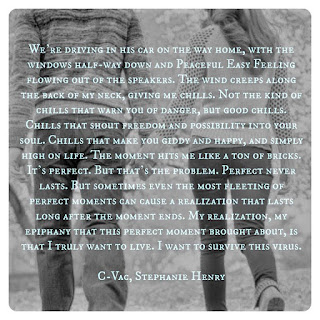 Other books by Stephanie 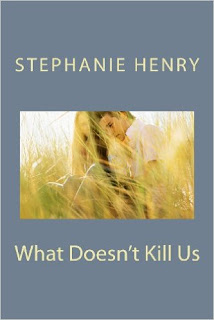 In What Doesn’t Kill Us, we follow two teenagers in alternating point-of-views as they experience life-changing events. Drew is the son of a cop, raised in a small house on his dad’s average salary. His mother ran off when he was just a boy, due to a tragic accident that will forever define Drew’s life. Hailey is from a wealthy family and has a seemingly perfect life, until she learns of the secret her father has been keeping for years. Subsequently, her peaceful reality becomes morphed into something she never could have predicted. When Drew and Hailey meet, they quickly fall in love and ultimately discover that fate had meant for their lives to be perpetually entwined.
AMAZON
B&N 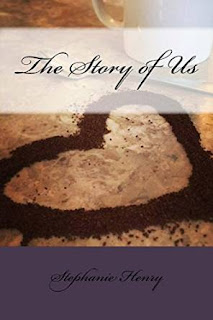 "This isn’t a bad story, but it’s not an entirely good story either. This is the story of us. Of me, really. And the guy who changed my life. But, not in the he-swept-me-off-my-feet-and-then-everything-was-Ok sense. No. He walked into my life like a thunderstorm would the sky; stirring things up and shaking me to my core. He was unsettling and uncontrolled. He wasn’t the safe bet. He was scary in an anything-could-happen kind of way. But just like a good thunderstorm, he was also wholly beautiful. His presence couldn’t be ignored. He awoke something within me that I didn’t even know was there. And after you’ve seen the sky in a thunderstorm’s aftermath, the everyday ordinary blue just looks a little too dull in comparison."
AMAZON
B&N 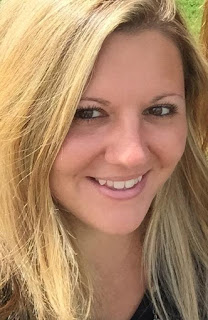 Stephanie Henry is the author of WHAT DOESN'T KILL US and THE STORY OF US. Her third novel, C-VAC, releasing November 17th, is the first of a three book series. She lives in a small town outside of Boston, with her husband and two children. She's a full time office manager and mom, part time cheerleading coach, and loves to both read as well as write in her spare time. You can find her on Facebook at Author Stephanie Henry, and her novels are available on Amazon, Createspace, and Barnes and Noble.
FACEBOOK
GOODREADS

Posted by Busy Bumble Bee Book Reviews at 6:56 AM