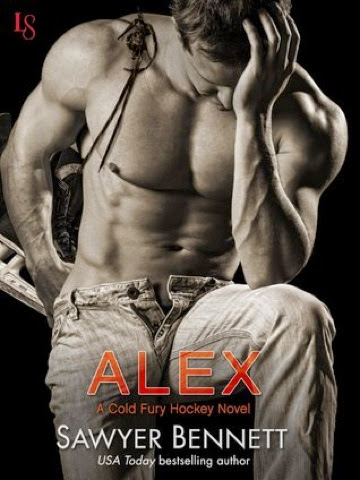 Hockey star Alexander Crossman has a reputation as a cold-hearted player on and off the rink. Pushed into the sport by an alcoholic father, Alex isn’t afraid to give fans the proverbial middle finger, relishing his role as the MVP they love to hate. Management, however, isn’t so amused. Now Alex has a choice: fix his public image through community service or ride the bench. But Alex refuses to be molded into the Carolina Cold Fury poster boy . . . not even by a tempting redhead with killer curves.

As a social worker, Sutton Price is accustomed to difficult people—like Alex, who’s been assigned to help her create a drug-abuse awareness program for at-risk youth as part of the team’s effort to clean up his image. What she doesn’t expect is the arrogant smirk from his perfect lips to stir her most heated fantasies. But Sutton isn’t one to cross professional boundaries—and besides, Alex doesn’t do relationships . . . or does he? The more she sees behind Alex’s bad-boy façade, the more Sutton craves the man she uncovers.

USA Today Best-Selling author, Sawyer Bennett, is a snarky southern woman and reformed trial lawyer who decided to finally start putting on paper all of the stories that were floating in her head. She is married to a mobster (well, a market researcher) and they have two big, furry dogs who hog the bed. Sawyer would like to report she doesn’t have many weaknesses but can be bribed with a nominal amount of milk chocolate.