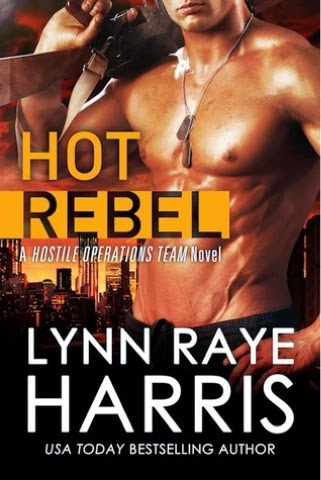 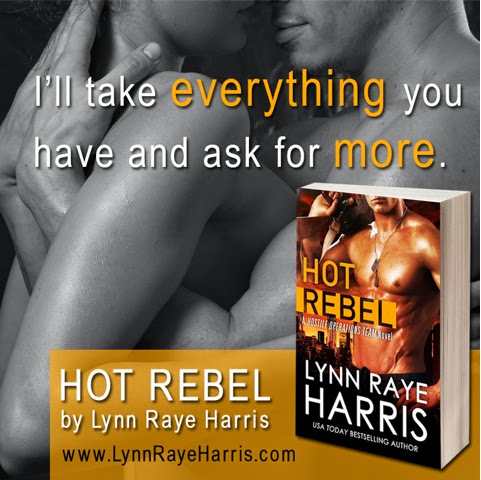 A rebel on the run…

Victoria Royal is a traitor. Or so the U.S. government believes. Victoria was once a promising sniper in the Army, but now she’s gone rogue—worse, she’s just landed in the middle of a Hostile Operations Team mission in the desert and blasted it all to hell.

Nick “Brandy” Brandon doesn’t expect to run into Victoria when he’s bugging out from a mission gone wrong. It’s been more than three years since she disappeared from the sniper course they were in together, and he’s finally stopped thinking about her killer curves and smart mouth.

But now she’s back—and she’s far more dangerous than Nick ever believed possible… Is she really a traitor? Or is there something more at stake? He has to decide fast—because time’s running out and too many lives hang in the balance…

You can now purchase Hot Rebel on Amazon, iBooks, Kobo, and Google Play. 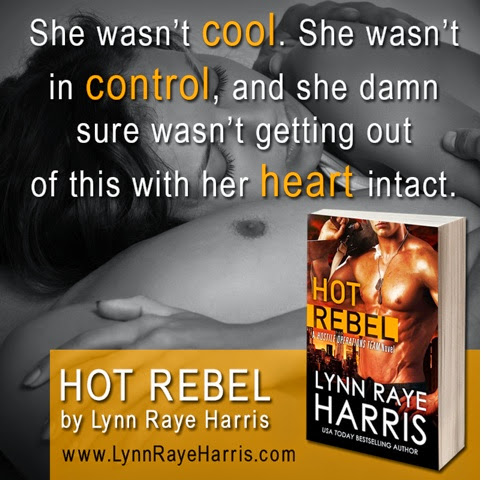 Driven by some emotion she couldn’t name, Victoria turned and walked back over to Nick. He was frowning at her when she reached up and pulled his head down. She pressed her lips to his cheek, felt the roughness of his stubble and breathed the smell of him—sand, spice, and cool water—deep into her lungs.

“Thanks for saving me,” she said, her lips close to his ear.

She started to step away, but he caught her close and turned his head, his lips meeting hers. The contact was shocking—and delicious in a way she hadn’t anticipated. She’d been kissed before, but this… this was better than any of those kisses had been.

His mouth was soft and hard against hers, his hands firm on her hips as he held her against him. The kiss was hot and tame all at once. Simultaneously the most arousing and most chaste kiss she’d ever had. He didn’t force her mouth open, didn’t thrust his tongue between her lips—he just kissed her hard and thoroughly before setting her away from him and taking a step backward.

And, God, she wanted his tongue so badly now. Wanted to feel it sliding against her own, stroking her senses higher.

But the kiss was over and he was looking at her, his jaw firm and a hard look in his eyes.

“You’re welcome,” he said, and it took her a moment to remember that she’d thanked him for saving her.

“I… I have to go.” Her cheeks flamed as she said it because he knew she had to leave as well as she did. The car was running, and she’d left the door open. She took a step backward, and then another.

Then she turned and got inside the car, determined not to look at him again. But she failed because she looked up, her gaze clashing with his right as she closed the door. And she didn’t look away as they drove off. Nick didn’t move from the spot she’d left him standing in.

It was only when the car turned and he was out of sight that she remembered how to breathe. 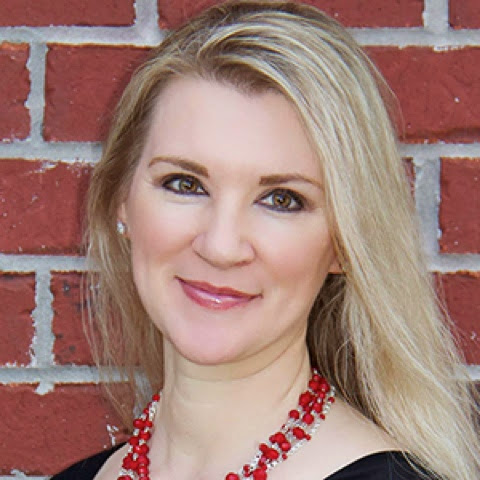 USA Today bestselling author Lynn Raye Harris burst onto the scene when she won a writing contest held by Harlequin. A former finalist for the Romance Writers of America's Golden Heart Award and the National Readers Choice Award, Lynn lives in Alabama with her handsome former military husband and two crazy cats. Lynn writes about hot military heroes, sizzling international billionaires, and the women who dare to tame them. Her books have been called "exceptional and emotional," "intense," and "sizzling." To date, Lynn's books have sold over 2 million copies worldwide.

You can find out more about author Lynn Raye Harris and her books on her Website. You can also connect with her on Facebook, Twitter, also on Goodreads.

You can read my whole review of Hot Rebel HERE


One lucky person is being given the chance to win a $50 gift card. Good luck to all who enter!!!

a Rafflecopter giveaway
Posted by Unknown at 5:30 PM