HOLIDAY STRESS HAS NEVER BEEN THIS HOT

Meet Florence: I’ve done this before, looking for a partner or soul mate or someone-to-grow-to-love, and you know what? I’m done with that. Honestly. I’m just looking for some casual sex. All I’m interested in is a one-night stand, or several—not all of them with you. Just making it clear that I’m interested in playing with multiple partners. I don’t want to get attached and I don’t want you to get attached.

Meet Will: I’m reeling from a recent divorce and incapable of having a meaningful relationship, possibly even a meaningful conversation. The only upside to my situation is that after fifteen years of monogamy I get to chase all the strange I want.

He’s freshly divorced and in denial. She's twice-burnt and prickly. They’re a terrible idea. They know this. But every time their eyes meet, their clothes come off. Still—they’re not going to fall in love. They are not.

Not even if this one night stand has 365 days. 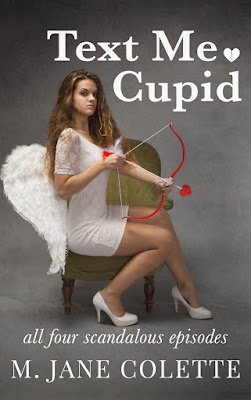 “I couldn't stop reading this! The waiting, the need, the want, the desire... the story is a rollercoaster and I love it. Will and Florence are so vivid on the page, I was in agony with them from the start.” Alyssa Linn Palmer, author of Midnight at the Orpheus and Le Chat Rouge series

“No one does angst, family drama, hilarity, joy and eroticism better than M. Jane Colette!” DIANA SOBOLEWSKI, author of The Desire & Luxury Wine Series, (on Messy Christmas, Episode 1 of Text Me, Cupid)

“Text Me, Cupid was the first story I'd read by M. Jane Colette, and I love her fresh, taut style. Every word, every sentence counts. It's smart and sexy. I can't wait to read the rest!” Michelle Orloff, GoodReads + Amazon.com ARC Review of Delayed Valentine, Episode 2 of Text Me, Cupid 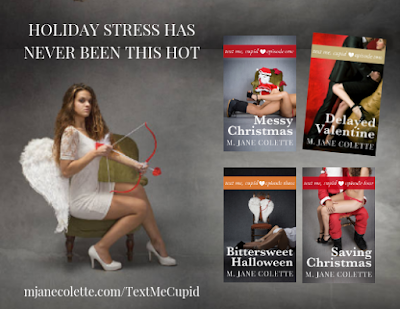 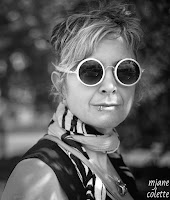 M. Jane Colette writes tragedy for those who like to laugh, comedy for the melancholy, and erotica for people who like their fantasies real. She believes rules and hearts were made to be broken; ditto the constraints of genres. Her novels include Tell Me, Consequences (of defensive adultery), and the award-winning rom-com Cherry Pie Cure.