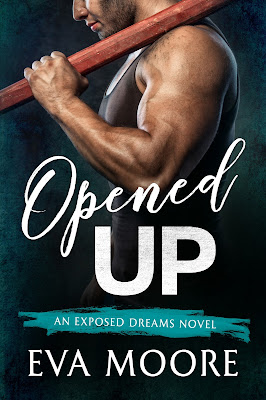 Sofia Valenti dreams of a life spent designing beautiful homes for the family business. But as her to-do list can attest, that dream is still far away. Stuck doing office work for Valenti Brothers Construction and stress eating her weight in chocolate, she wants more than hand-me-down responsibilities. When her father, Dom, signs up the whole family for a reality TV show, Sofia sees a chance to grab the spotlight for her dream. What she doesn’t count on is the sexy head contractor knocking down her ideas and her barriers like it's demo day.

Adrian Villanueva has spent his life on the outside looking in. When Dom talks retirement, Adrian sees his chance to finally buy his way into the company he helped build. He’s certainly not going to let the inexperienced designer daughter with expensive taste and mouthwatering curves stand in his way. Ignoring his old crush on Sofia the girl will be easy. He’s had a decade of practice. It’s the appeal of Sofia the woman that threatens to bring him to his knees.

When hidden attraction flares into open desire, they must decide if a chance at love is worth giving up on a lifetime of dreams.

“Well, babe, I gotta say, more money always sounds good to me.”Ugh. It’s like he does it without even thinking. She passed him the paperwork and pointed to the pertinent sections.“I just started going through this. Give it a read-through, and tell me if you see any red flags. I’m going to refill my coffee.”She needed a minute to calm her swirling thoughts, and sitting in a small room with a man who simultaneously generated a low-level buzz of attraction while also making her want to punch him in the stomach was not helping. His proposal had stunned her, and she’d not responded well. She pulled down another mug out of force of habit and filled it before topping hers off as well. She added one sugar and a healthy dollop of cream to his, fake sugar and cream to her own.All done, but nowhere near ready to return, she braced her hands on the peacock granite countertop, stretched her arms long and dropped her head between them. She lengthened her spine and took a deep breath, aiming for some of the peace she’d felt when she’d dropped into a yoga class with Brandy.Change itself was nothing to fear. So what if most of the changes in her life had been awful? That didn’t mean these changes were going to be bad, too. She could handle whatever needed handling. She’d managed before, and she could do it again. And she was absolutely full of crap. She was three seconds from panicking, and her deep-breathing exercises were getting trapped in her clenching throat.“Hey, are you okay?” Adrian’s deep, husky voice skittered up her spine, leaving a trail of goose bumps that didn’t subside when she jumped and squealed. Why did this man have the power to make her feel like a twelve-year-old girl? She spun to face him, only to find that he’d invaded the space she’d cleared and was reaching for her shoulder, as if to steady her. She backed away swiftly, bumping into the counter and rattling the cups. Remembering why she’d come to the kitchen in the first place, she handed him the coffee she’d made him, being careful not to scald herself with a brush of his fingertips. She could pick apart the ridiculousness of her response later.“Yeah, I’m fine.” She retreated into a sip of her own fortifying mug.He mirrored her sip and stepped back as well. Message finally freaking received. Good.“You know how I take my coffee?” He grinned as if this detail somehow meant something special.“I know everyone’s coffee order. Have you not noticed who keeps the lists for meeting coffee runs? Or who is constantly being charged with stocking the kitchen? Or did you just think a magical caffeine fairy came in at night and brought lattes to all the good little boys?” She tried once again to take him down a peg while setting him straight. She couldn’t have him thinking that she’d been watching him, paying attention to his personal preferences. Even if she had.Once again, her sarcasm flew right over his head. He raised the contract in his hand and held it out to her.“Listen, I tried to read through this, but it might as well be written in Latin. Can you walk me through the specifics?”“I just got it myself. Give me a day or two to really pick it apart, and I’ll fill you in.”“Thanks, angel. That sounds good.” He tossed the contract on the break room table, supremely confident, coffee in hand. She’d wager he hadn’t even heard the “Sure thing” she’d managed through clenched teeth. How could she be so attracted to someone who pissed her off so royally?Good thing he didn’t know, or he’d be insufferable. 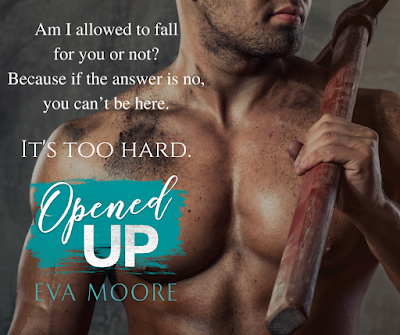 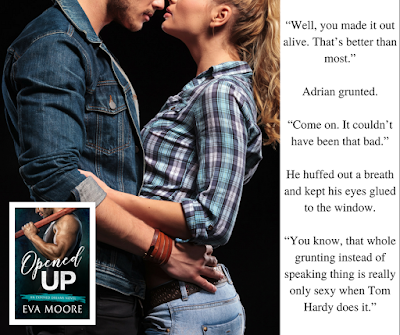 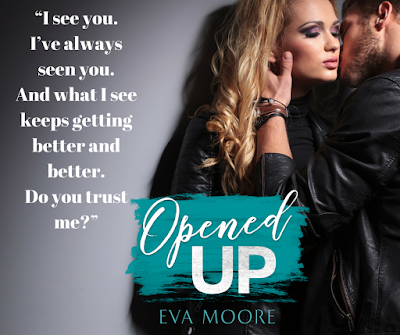 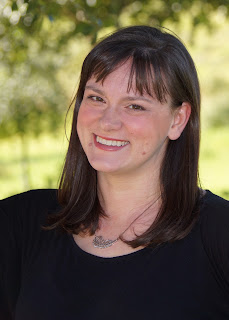 Winner of Cherry Adair’s Finish The Damn Book Contest 2017, Eva Moore writes sweet and sexy contemporary romance, after leaving a career in the classroom to raise her daughters. Opened Up is the first book in her new Exposed Dreams series, set in the world of home renovation reality TV. Eva now lives in Silicon Valley, after moving around the world and back, with her college sweetheart, her three gorgeous girls, and a Shih Tzu who thinks he’s a cat. She can be found most nights hiding in her closet/office, scribbling away, and loves to hear from the outside world. You can find her at www.4evamoore.com.