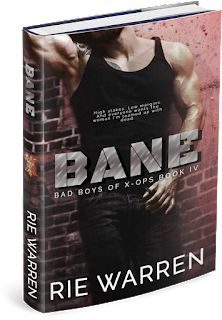 High stakes. Low margins. And everyone wants the woman I’m teamed up with dead. BANE Swagger, strut, snarl. Three things I can do with both eyes closed. Oh, and shoot the shit out of tangos. I always do my job, whether it’s patching up a fellow operative or taking down a serious threat. Apparently this time my job is to babysit Baby Spy. We’ve followed the Los Reyes de Guerra cartel to the drug-trafficking capital, Mexico City. Our orders? Get in with the guerrillas and ultimately take them down. There’s only one problem—I have another set of mission directives linked to Kiki AKA Baby Spy. Should be easy enough. Except it seems I’ve developed an unhealthy attraction to Kiki, along with an inconvenient conscience. She’s a wild woman with an unforgiving attitude that definitely makes me bone hard for her. Nothing is as it appears, least of all Kiki Damage. KIKI Yeah. They call me Baby Spy. I’m fully aware the entire T-Zone team blames me for narking out a previous mission gone wrong. So, I can’t understand why the powers that be assigned me to this op. Or maybe I can, which just makes my situation even more dire. I know Bane wants me, but I’m beginning to think he has an ulterior motive for keeping me close. And it’s not just the panty-melting hot sex with the big, gruff, silent killer. There’s something incredibly vulnerable in the way Bane watches me, like he’s looking for one last saving grace. None of that matters now. When the situation heats up, I find out Bane’s real mission. I may have fallen in love with him, but it’s already too late. This entire web of lies goes a lot higher than any of us ever imagined, and my neck is only the first one on the line. Bane includes a special series epilogue from the badass women: Jade, Tilly, Blaize, and Kiki. 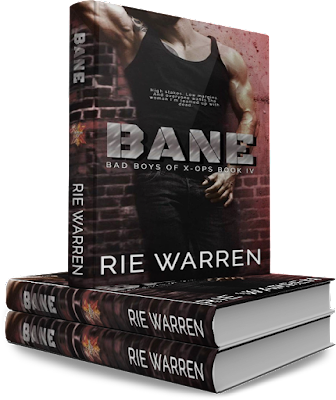 Standing slowly, Kiki paced toward the door. “I think I’ll go clean up. You should get some rest.” “Yeah. I’ll do that.” My eyelids felt heavy as cement. My leg fucking throbbed. But the bigger pain came from seeing Kiki caught in a trap she didn’t realize had been set for her. Rest? Bullshit. I checked the dressing on my wound. I reloaded my gun. I drank more tequila, but never enough to get tanked. Listening to the shower run, I shut my eyes, only opening them when Kiki walked back in, wrapped in a towel. Her hair was shiny and wet, those light pink streaks damp-darkened. Her face scrubbed. Her eyes the lightest shade of blue imaginable. “You make a terrible patient, you know that?” She checked her Glocks before setting them on the bedside table. “I gave you orders to sleep.” I still didn’t know how she managed to make me smile even when shit was bad-side up in my life. “Sleep’s overrated.” “How’s the leg?” “Hurts like a bitch. You could help though.” I winked at her. “I could, huh?” She stepped closer, her voice turning breathy. The change in her tone echoed the slight shift in the color of her irises, making them a little more turbulent. Darker. Dilated. “How so?” she asked, and I watched her nipples perk up beneath the clinging towel. “Come to bed with me.” My husky voice rumbled, rippling greed for her hitting me like a sudden shock to the system. “I should keep watch,” she hedged. “No. You shouldn’t.” Leaning forward, I grasped the bottom of the towel. She slowly smiled, a sexy tilt of her suckable lips. “How’s me in bed gonna help, big boy?” “I’ll show you.” “I suppose you want me to take this off first?” She fingered the knot at the top of the towel. I nodded, a ragged rush of air pelting from between my lips. Fuck yeah. When she dropped the towel, I almost chewed off my own tongue to get to her. Slick flesh. Toned body. Handful tits. Dark pink nipples. The tats. Fuuuck. Delicate designs from her elbows to her wrists to the backs of her hands. Sexy as. Legs long enough to wrap around my waist while I slammed into her. “Kiki.” My hand moved to her leg, and my gaze followed the path I took from her knee to her thigh to her hip . . . “Damn, girl. You have no idea how hard you make me.” The sheet tented at my groin. My cock rising, blood-filled, fully erect. She gently pulled the sheet, bending over me. “This hard?” 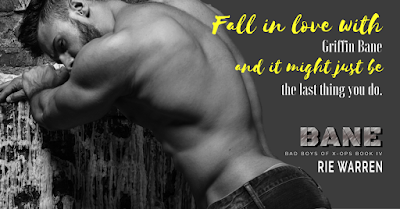 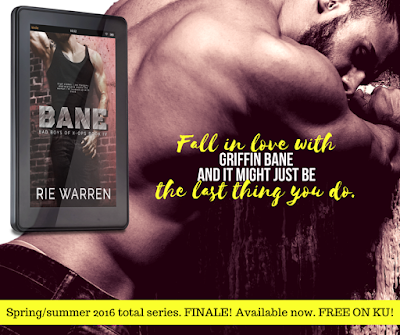 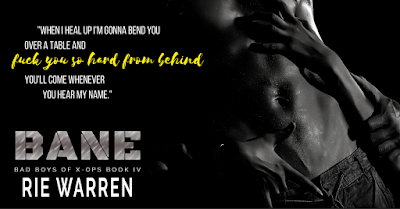 Rie is the badass, sassafras author of Sugar Daddy and the Don’t Tell series–a breakthrough trilogy that crosses traditional publishing boundaries beginning with In His Command. Her latest endeavors include the Carolina Bad Boys, a fun, hot, and southern-sexy series.
A Yankee transplant who has traveled the world, Rie started out a writer—causing her college professor to blush over her erotic poetry without one ounce of shame. Not much has changed. She swapped pen for paintbrushes and followed her other love during her twenties. From art school to marriage to children and many a wild and wonderful journey in between, Rie has come home to her calling. Her work has been called edgy, daring, and some of the sexiest smut around.  You can connect with Rie via the social media hangouts listed on her website https://www.riewarren.com. She is represented by Saritza Hernandez, Corvisiero Literary Agency.

Posted by Busy Bumble Bee Book Reviews at 10:06 AM