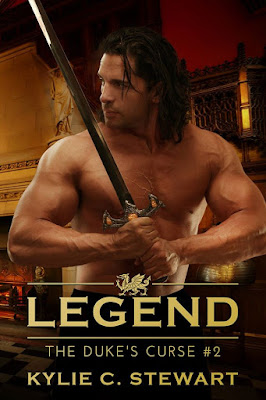 Legend: The Duke's Curse #2 Alexandria knows the truth behind the lies. Avalon is not human, nor is he immortal. He is neither angel nor demon. He is the once and future king. Now, more than ever, Alexandria’s artistic skills could grant them their first victory in battle. It is she who holds the key to end a curse born over a thousand years ago. Will she walk away from Avalon or stay? The choice is up to her, but more than one fate hangs in the balance now.

Avalon’s deepest fears lurk in every shadow. His past haunts him even in the light of day. Unable to protect Alexandria, he turns to Lancer for help. Debilitated under his newly arisen weakness, his only hope lies in Alexandria. Bound by chains of sin and shame, Avalon must fight to the death with who he once was to inherit his future. If he loses, it is Alexandria who pays the price. Can he trust her to save him from eternal darkness? Or will he lose her forever?

I threw daggers at Avalon, who was caught pouring whiskey in his condition. Tsking, I stormed over to him and ripped the bottle away.“You don’t need this the way you are.” I focused all my anger on him. He seemed to pick up on my emotions and met me glare for glare. The crystal decanter was stolen from my grasp.“The day you tell me what to do is when we are all free.” He snarled in warning.With an angry growl of my own, I won the decanter back and chucked it into the bare hearth. Avalon’s eyes went from angry to furious in seconds. He tried to intimidate me, stepping into my personal space, his nose brushing mine. I watched his jaw tick over and over, his lips pulled into a taut line. I didn’t back down.“You’re ill. You don’t need that junk.” My voice was even. He narrowed his eyes, giving me a childish face. “Do not ever tell me what to do again. Do you understand? You’re just a little girl who knows nothing about the shit she’s in. Don’t think you can play with me, because as I’ve told you, you will lose.”Rolling my eyes I reached up and took a hold of his shirt collar. Yanking him down to my level, I heard his surprise at my strength. “I have had enough of your shit, do you understand. You can no longer intimidate me or command me to do as you want me too. I know too much now, Your Grace. I’ve seen too much. Or have you forgotten?” I smirked, enjoying the flustered look on his face. “You will start treating me with the respect of an equal. I don’t ask it of you, I demand it of you. Do you understand?”Lifting my chin proudly, I waited for his response.I heard what he longed to say, saw what he wanted to do to me, felt every fiber of his being holding back. Storm-gray eyes thawed from ice to a warm look of adoration.“Alright then.” His voice was like velvet. “Can you please unhand me, Alexandria? We do have a guest.”I had momentarily forgotten about the gorgeous blonde woman who was sharing a grin with M. Lancer stood in the doorway, arms crossed, and brows knitted together. I ignored him. I was done trying to be anything but me. No bending to anyone’s will. If Lancer wanted me, he’d come take me. He’d come take me like Arthur did.I felt my heart flutter at the thought of the man I had grown to desire above all others. My cheeks also heated at the thought because I knew the truth now. I let go of Avalon, somewhat self-conscious of my outburst now. The stranger in the room just smiled and she didn’t feel like a stranger. I couldn’t place her. Had I seen her before? 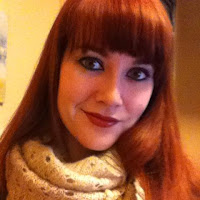 Kylie C Stewart is an author and voice actress hailing from Upstate New York. She now resides in the amazing city of Nashville, TN where her creative juices can flow freely. Ever since she was a girl, Kylie wrote short stories, sang, and entertained her family by voicing characters from Disney Classics. (Stitch is still her favorite).
Her undeniable love for horses paved the way for all that she is doing now. With A M.S. in Equine Business Management from MTSU, she was accepted into the KEMI Program in Kentucky. When Kylie moved back to TN after 2 years in the Thoroughbred Industry, she knew it was time to get back to her roots.
She now records audio books for some of the best romance authors around the world. Kylie also has put her love of writing into action, starting with her first book - Legend Set in Stone #1.
Kylie and her fiance who is a fellow Voice Actor, and her cat Mr. O'Malley share a love ofeach other, each others endeavors, and God. Kylie's motto is simply; "One Love." 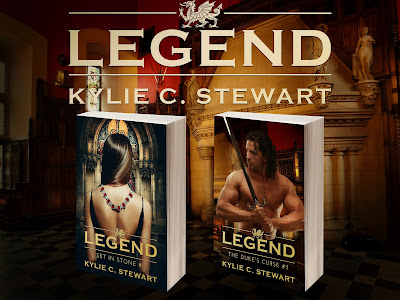 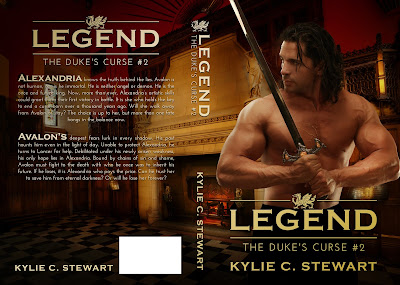