Disclaimer: I received a copy of this book from the author Andrea Laurence for my review. The opinions in this post are 100% of my own and may differ from others. 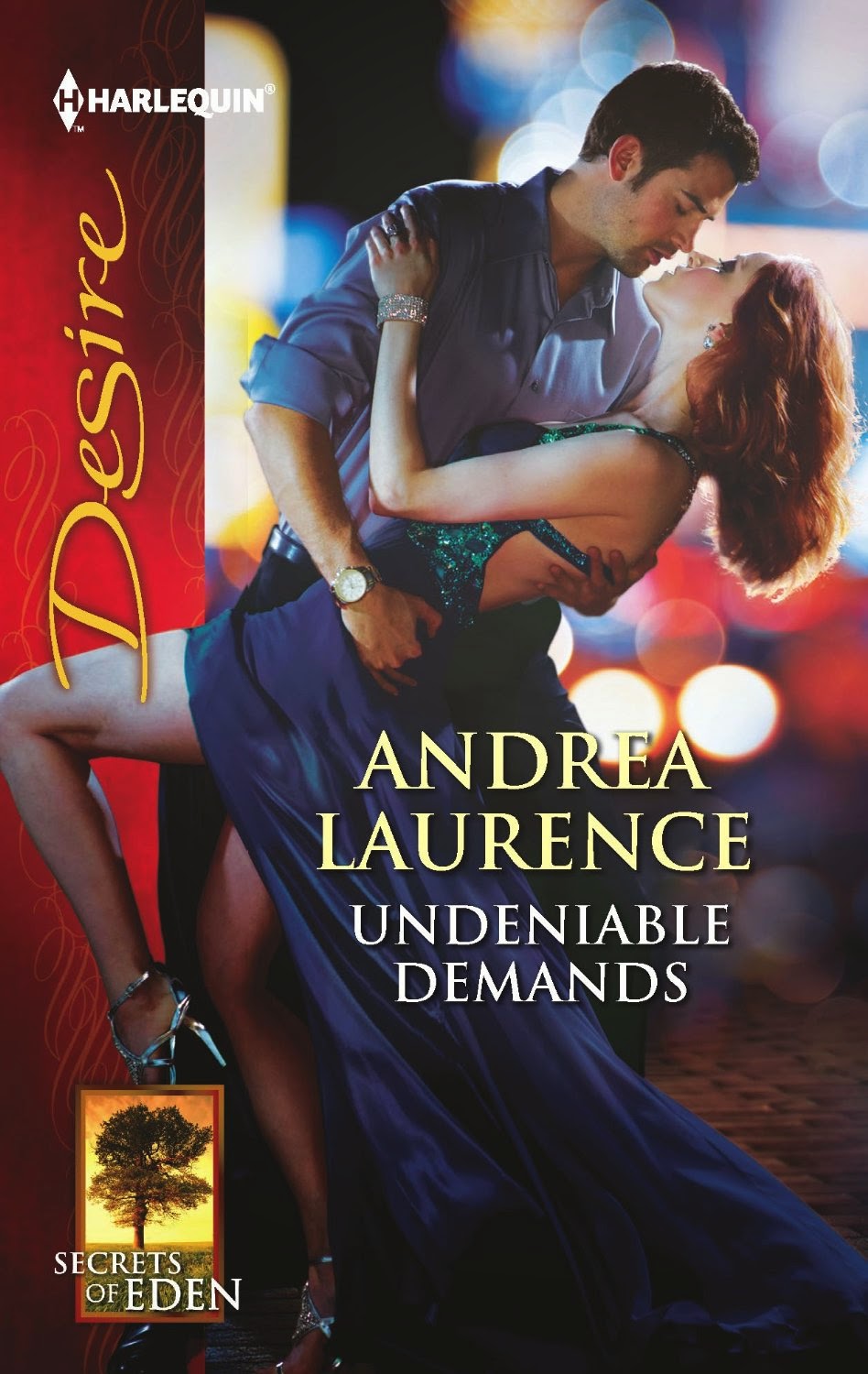 When Wade Mitchell finds himself face-to-face with Victoria Sullivan, he has to reconsider his usual tactics. Wade needs to buy something she owns, and he needs it now. Since he and Tori have enough heat to melt ice, it should be a done deal.

But melting Tori's resolve is a harder task. She's not giving in to the man who once fired her. Yet Wade has to keep trying, because if he doesn't, he risks exposing a secret that could destroy his family. When all proper negotiation fails, seduction may be his only option.
My Review:

This is the second  book of Andrea's  that I have read, and also the first book in the Secret of Eden Series. I lately have been doing things, or reading things backwards. Especially book series I seem to read backwards. I read the third book in this series before I even read this one, you can read my review for Heir to Scandal  Here. So having read the third book first I thought I would be really confused but luckily I was easily able to follow along.

If you haven't read any of the book's in this series I should start off with this series follows four of  the foster children of Ken and Molly Eden, the proud owners of  Eden Christmas Tree farm. With only one child of their own,  Julianne.  They fostered Wade, Brody, Heath and Xander.  All of them coming from not very great backgrounds.  They also apparently they have a secret between them, something that happened 15 years ago and could ruin all their lives.

Wade returns home early for Christmas when he receives a phone call from Julianne that their secret may become exposed, after a piece of the Eden land has been purchased. What Wade doesn't expect is to find that the land has been purchased by Victoria, who used to work for and had fired. What I really liked about Wade is the fact that even though he may not have had a great childhood. Is that he wants to protect his "family" any way he can.

I wasn't to sure on Victoria at first. Sure I really liked that she was strong and independent. But she also held a stubborn streak to her. She also at times seemed a little naïve about things. I also thought that even though she may have been fired unfairly by Wade years before. That maybe she held onto a grudge a little too long.