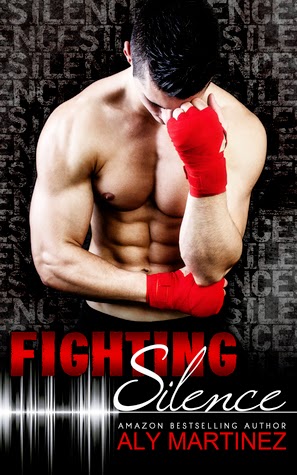 
Sound is an abstract concept for most people. We spend our lives blocking out the static in order to focus on what we believe is important. But what if, when the clarity fades into silence, it's the obscure background noise that you would give anything to hold on to?
I've always been a fighter. With parents who barely managed to stay out of jail and two little brothers who narrowly avoided foster care, I became skilled at dodging the punches life threw at me. Growing up, I didn’t have anything I could call my own, but from the moment I met Eliza Reynolds, she was always mine.  I became utterly addicted to her and the escape from reality we provided each other. Throughout the years, she had boyfriends and I had girlfriends, but there wasn't a single night that I didn’t hear her voice.
You see, meeting the love of my life at age thirteen was never part of my plan. However, neither was gradually going deaf at the age of twenty-one.
They both happened anyway.
Now, I'm on the ropes during the toughest battles of my life.
Fighting for my career.
Fighting the impending silence.
Fighting for her.
Every night, just before falling asleep, she sighs as a final conscious breath leaves her.
I think that's the sound I'll miss the most.
My Review:

I am so glad that I got a chance to review Fighting Silence. This is also the first time I have read anything by author Aly Martinez. First I just want to say make sure you bring some tissues when reading this book. Because I definitely cried while reading this book and that's definitely a feat in itself. I've gotten teary-eyed over books before, but I've only actually cried over a couple of books and this was one of them. You seriously don't want to miss out on Fighting Silence.

Let's just say I loved both Till and Eliza's character's right off the bat. They formed a friendship in the most unlikely circumstances as young teenager's and kept it through adult hood. Both of them come from heartbreaking backgrounds. But somehow no matter what they both find a way to make something of theirself's and make themselves stronger in the process.

I fell in love with Till's character right away. Despite his circumstances he is strong and a fighter (figuratively and literally), sexy, and cares deeply for his two younger brother's. There were a couple of times I wanted to smack Till for the way he treated Eliza. My heart broke for him with everything that he went through.

I know I always say this but I have a hard time usually liking a female character in a book. But right away I loved Eliza's character. She's strong, independent, sweet and also a fighter. I loved that she stood up for what she believed in and that wouldn't let Till push her in any direction. Though at times I wanted to shake her for being a bit stubborn.

I'm seriously having a hard time writing a review for this because I seriously have so much to say about this book, but I also don't want to give away too much. All I really have to say is this book is one of those 'Oh My God' books. Aly Martinez grabbed my attention from the beginning of this book and held it till the end. This book made me laugh and cry, especially at one part I cried really hard. Its a heartbreaking emotionally read that you won't want to miss.

I'm giving this book 5 Out of 5 Stars and would definitely recommend it. I can't wait to read more from Aly Martinez.

You can purchase Fighting Silence on Amazon
Disclaimer: I received an ARC of this book from TRSOR Promotions for my honest review. The opinions in this post are 100% my own and may differ from others.