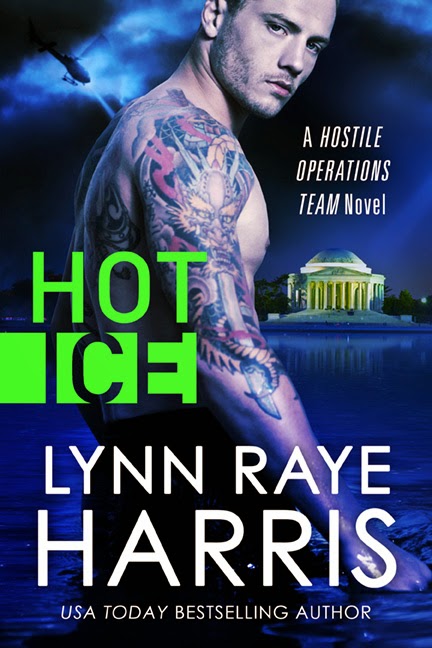 Book Information
Title: Hot Ice
Author: Lynn Raye Harris
Goodreads Link: https://www.goodreads.com/book/show/22886642-hot-ice
Release Date: December 29, 2014
Book Cover: Attached
Summary
When fire and ice collide, you get steam…
Grace Campbell leads a privileged life. The daughter of a United States senator, she moves within the social circles of the rich and famous. But Grace is also a scientist, and when someone learns she possesses the knowledge necessary to create a new super virus capable of destroying entire nations, she becomes a target for terror groups and foreign governments alike.
Garrett “Iceman” Spencer didn’t join the Army’s elite Hostile Operations Team to babysit a spoiled rich girl, but when his superiors insist on assigning him to a senator’s daughter as her security detail, he has no choice but to comply.
It’s a shock to find that beneath the glasses and serious scowl, Grace Campbell burns hot. And Garrett, who’s been burned before, suddenly wants to immerse himself in the flames.
Keeping Grace alive—and keeping his hands off her—is a full-time job for this HOT soldier. Failure is not an option…
Author Bio
USA Today bestselling author Lynn Raye Harris burst onto the scene when she won a writing contest held by Harlequin. A former finalist for the Romance Writers of America's Golden Heart Award and the National Readers Choice Award, Lynn lives in Alabama with her handsome former military husband and two crazy cats. Lynn writes about hot military heroes, sizzling international billionaires,
and the women who dare to tame them. Her books have been called "exceptional and emotional," "intense," and "sizzling." To date, Lynn's books have sold over 2 million copies worldwide.

One lucky winner had a chance to win the Whole Series in Print. Good luck to all who enter!!!!