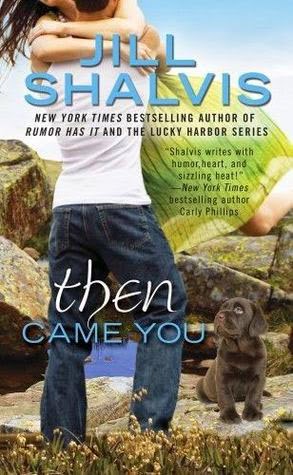 Veterinary intern Emily can’t believe she wound up in the small town of Sunshine, Idaho, instead of the Los Angeles clinic she had always imagined. Now she has to put her plans to move to L.A. on hold for a whole year while she fulfills the obligation of her vet school scholarship.

Then Wyatt, her gorgeous one-night stand from a Reno vet conference, introduces himself as her new boss. And Emily is just as drawn to his seductive looks and quiet strength as she was on that very steamy night. She soon learns that Wyatt isn’t just a laid-back doctor, but a delicious alpha male tempting her away from her carefully laid-out plans...

Excerpt:
Emily sat on a fallen log and leaned back. When she was little, she’d loved to try to star watch. In LA, this was tricky because of all the city lights, not to mention smog. Doing it here, in the land of the big sky, was a whole new ball game. “I’m not lonely,” she said to the horse, who snorted again and swished his tail.
“Good. Cuz you’re not alone.”
Two long legs came into her peripheral. Wyatt crouched at her side and looked into her face.  “How are you?”
“Fine,” she said.
Nodding, he sat on the log at her side and leaned back, presumably to look at whatever she was looking at. “Pretty night.”
His hands were behind him, his shoulder and a part of his chest brushing her arm and shoulder. Actually it was more like he was encircling her within his arm span, which was considerable. It was a guy move, an alpha guy move, and it made her feel ... protected.
She was getting far too used to that, she thought with a sigh. “Where is everyone?”
“Gone,” he said, and there was an odd quality to his voice that had her taking a second look at him. He didn’t take his gaze off the sky so she got him in profile, the tousled hair, the fine lines crinkling the corners of his eyes from long days out in the sun, the square, scruffy jaw. A broad shoulder built to take on the weight of the world.
He’d been working his ass off, here at Belle Haven, helping Dell take up the slack for the out-of-town Jade, and then going home and helping his sisters with the monstrous house they were fixing up. He did so much for everyone, and she found herself wanting to do something for him. Make him smile. Make him relax. Make him forget, even for a few minutes…  She nudged him with her shoulder.
He nudged her back and turned to look at her then, his eyes dark and unfathomable behind his glasses.
Chickening out, she turned her head this time, and stared up at the sky as he had been only a few seconds before.
“Emily.”
When she didn’t tear her gaze off the stars, he leaned in and nipped her ear.
Sucking in a breath, she looked at him again. His was still dark, but there were things swirling in those dark depths now. Need. Heat.
Affection.
He stole her breath.
“Let the record state,” she said, reaching out to snatch off his glasses, “that I don’t always make the first move.”
He blinked in momentary confusion, and probably also because he could no longer see. He opened his mouth to say something, but she sank her fingers into his hair and kissed him, hard and long and deep.
“Emily,” he said when they broke for air, his voice rough and husky.
She climbed into his lap and then pushed him backwards off the log so that he fell to his back in the wild grass with her straddling him.
Laughing, he slid his hands beneath her top and up her back, drawing out a delicious shiver from her.  Then his hands slid slowly down her spine, and into the backs of her jeans.  “Let the record also state,” he said in a delicious growl. “Who made the rest of the moves.”
You can purchase Than Came You on Amazon, Barnes and Noble, Books-A-Million, also on iTunes 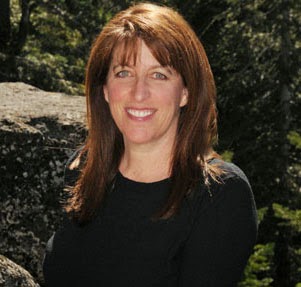 Author Biography:
New York Times bestselling author Jill Shalvis lives in a small town in the Sierras full of quirky characters. Any resemblance to the quirky characters in her books is, um, mostly coincidental. Look for Jill's bestselling, award-winning books wherever romances are sold and visit her website for a complete book list and daily blog detailing her city-girl-living-in-the-mountains adventures.
You can also find out more about author Jill Shalvis and her books on her Website. You can also connect with her on Facebook, Twitter, and on Goodreads.
One lucky person is being given the chance to win a $50 Gift Card. Good Luck to all that enter!!!!!
﻿

a Rafflecopter giveaway
Posted by Unknown at 12:00 AM